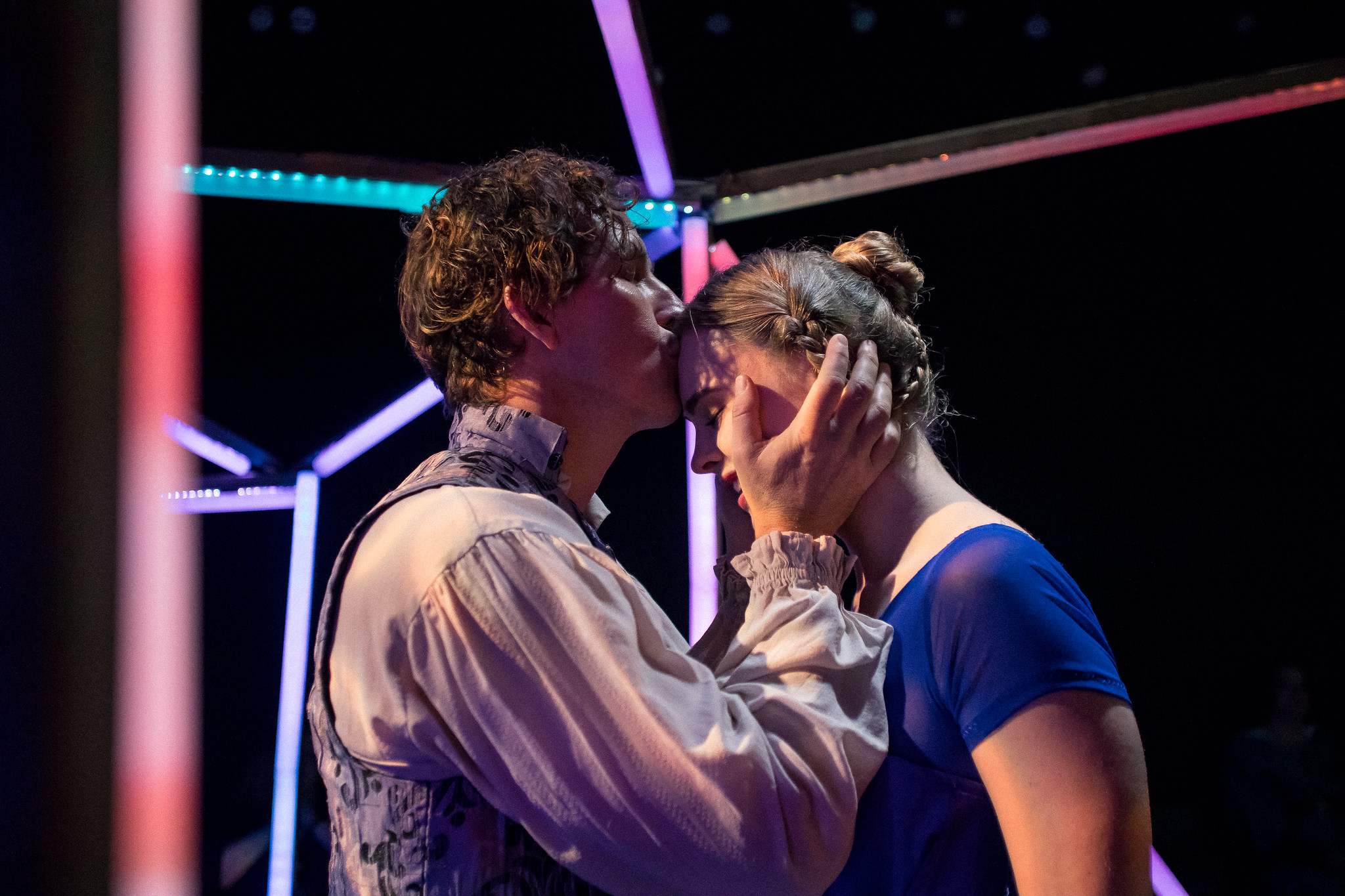 Lauren Gunderson capitalized on the huge popularity of her Miss Bennett: Christmas at Pemberley to become the most produced playwright in America for 2017, and now she has returned with another uncannily articulate and intelligent heroine in Ada Byron Lovelace, daughter of the poet Lord Byron. In Ada and the Engine, though, she is also dealing with an interpretation of historical events, not fiction. The play focuses on the friendship between Lovelace and Charles Babbage, the early 19th Century inventor who first imagined that an “analytical engine” (or computer) was possible.

In the opening scenes of the play, Ada (Brookelyn Hebert) and her mother Anabella (Carolyn Kruse) are brought by her tutor (Laura Coleman) to meet Babbage (John Mossman), who has invited friends to his home to see the model he has constructed of his “difference engine,” a machine for calculating polynomials. He is waiting for the British government to OK a large grant for him to build a full-sized machine. That grant never comes, but in Ada he meets a kindred spirit.

Fearful of her becoming too much like her irresponsible and decadent father, Ada’s mother has raised her as far from poetry as she could: her education has focused on mathematics and she has unearthed a preternatural genius in that discipline. She is fascinated with the difference engine, and later with the analytical engine, basically willing into existence a relationship with its creator. (History records their relationship as a friendship carried out mostly through correspondence, but Gunderson hints at much stronger feelings between them.) As Ada becomes more involved with Babbage, translating an Italian author’s account of a speech he gave about the engine and going much further to add dozens of pages of her own “notes”—including her own formula to make the machine calculate Bernoulli numbers, a formula that has led her to become known as the world’s first computer programmer—Annabella imagines a romantic relationship blossoming between her daughter and the much older inventor. She instead steers Ada toward a more respectable match: Lord William Lovelace (Rich Holton).

This is a play full of grand mechanical and poetical ideas (“between zero and one lies the whole world”) as Ada begins envisioning a future in which the engine can not only calculate numbers but, using algorithms translated into punch cards, write and even compose music. Even after her marriage to Lovelace, her infatuation with the engine keeps her coming back to Babbage, who becomes a thorn in the sides of both her husband and her mother. At one point, Lovelace even opines that he should perhaps learn math in order to be able to converse with his wife, the mother of their children. And Annabella sees this ongoing relationship as evidence that the same “madness” that infected her father is taking root in her.

Director Monica Payne, working on a futuristic set by Eleanor Khan that is beautifully lit by Cat Wilson, keeps the action (such as it is in this fairly static play) moving along. There are probably too many epistolary scenes, in which Babbage and Ada speak excerpts from their letters to each other, but they are both true to history and a means of eliding the passage of time within the play, and Mossman and (especially) Hebert infuse them with such vibrant expressions and emotions that the mostly implied relationship between them is kept dangling before us. It is also, of course, being dangled before the others, and Holton and Kruse are up to the task of playing the antagonists in this unusual triangle. Kruse, especially, is powerful as the mother who doesn’t actually have a deep relationship with Ada but will do anything to see that she doesn’t turn into her loathed father.

Though the play is full of feminist ideas with Ada often questioning the role of women in her world, the only thing really standing in the way of her achievements is the lack of time she has. (Ada Byron Lovelace died in her 30s of uterine cancer.) Gunderson adds a somewhat whimsical post-death scene in which she meets her father (John LaFlamboy) and imagines what ultimately the engine might be able to do thanks to Wilson’s dramatic lighting and mystical original music by Petter Wahlback.

Like Tom Stoppard’s Arcadia, Ada and the Engine is a provocative play using mathematics as a means to see the future. Ada is a true visionary, and important change has always relied on visionaries. If she and Babbage had had the advantage of living in a world with electronics, they might well have done what Steve Jobs and Bill Gates did. As it is, though they were far ahead of their times, they planted the seed that ultimately blossomed into the information age. The Artistic Home has found a worthy followup to its multiple Jeff Award winning Requiem for a Heavyweight, and anyone who appreciates complex thought should enjoy Ada.

Ada and the Engine is now playing at The Artistic Home, 1376 W. Grand, Chicago through August 4. Check the website for specific dates, times, and tickets. Find more information about current plays in our front page recs and at theatreinchicago.com.