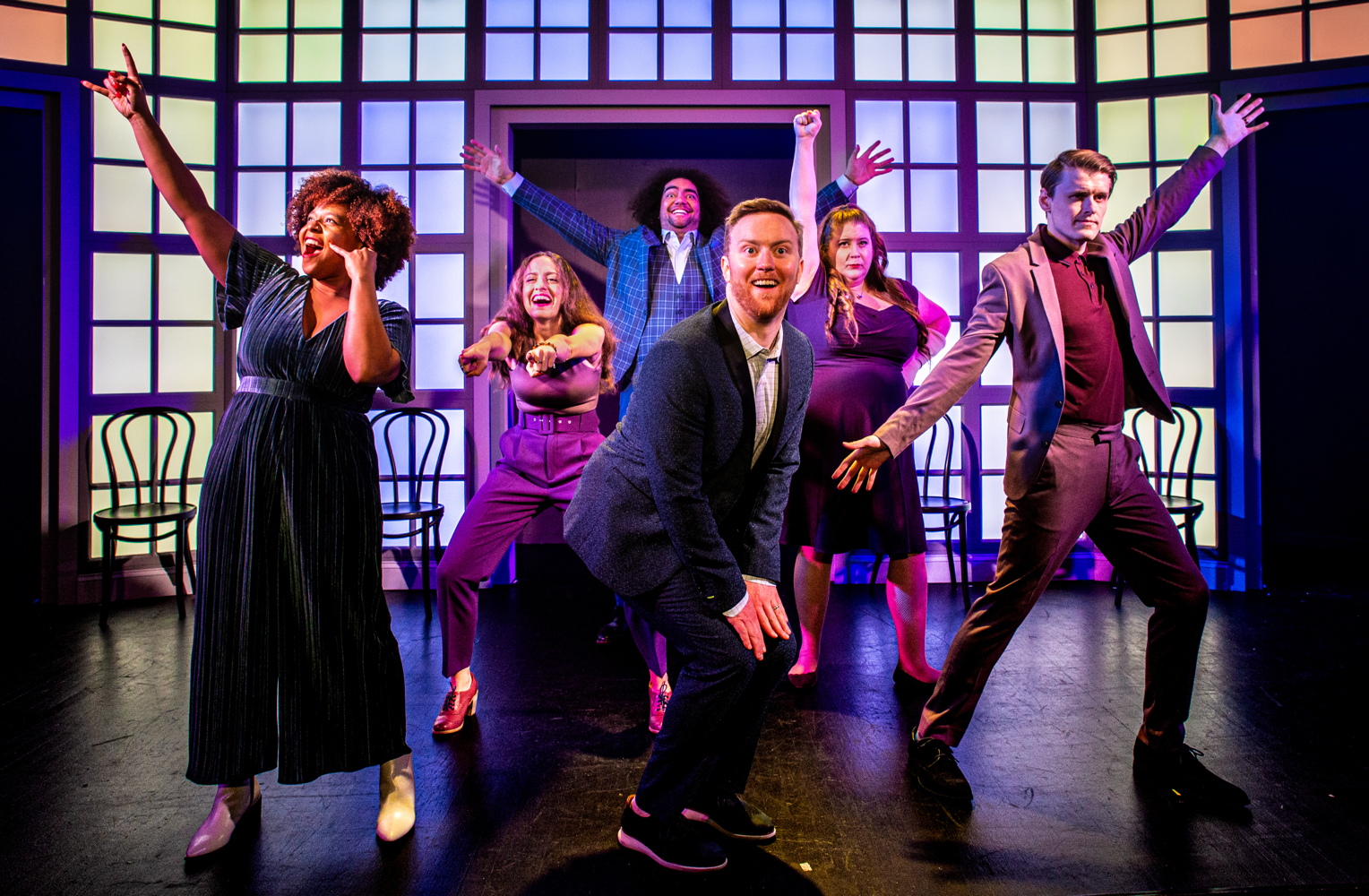 A hilarious celebration and send-up of the insanity of Trump-era America, Second City’s 108th Main Stage revue asks the rhetorical question Do You Believe in Madness? before answering it (of course we do!) in a series of nicely crafted sketches brilliantly performed by a hugely talented young cast. The sketches and one-off jokes satirize everything from Russian Facebook hackers to legalized weed in a fast-paced, side-splitting evening of laughter.

As usual, there are a few running gags and bits of interconnected humor that help to unify the show, some of which derive from an audience-interactive bit right near the start that, on opening night, left cast member Mary Catherine Curran trying to guess mimed answers like “Portland Sea Dogs” and “Zac Efron” (the latter being particularly uproarious) as a member of a class taking a test. Birds, too, form a running theme in this revue, as ensemble members wearing crow masks randomly appear throughout the show and several sketches involve avian topics (including an early and outstanding one in which Adam Schreck attempts to befriend Andrew Knox, playing a man whom Shreck sees each day at an otherwise empty bus stop.

Adam: (explaining) You’re the third person I see every morning.

While the show pokes all sorts of fun at the train wreck of the Trump administration (including a repeated sequence that has Jordan Savusa simply rapping the seemingly endless list of those who have resigned from this White House and a quick joke in which Asia Martin, playing a member of a group that has just had the Electoral College explained to them, responds to a generic request for questions with “What the fuck?”), some of the night’s highlights have nothing to do with Washington at all. Among them is Sarah Dell’Amico (who practically steals the test-taking sketch with repeated insults directed at one member of the class, including “You’re the reason the CTU went on strike”), a “proud” Floridian herself, proclaiming that state a “dumpster fire” and demanding a FLexit from the USA for the peninsula she proclaims as “America’s penis.” Savusa, who is from Hawaii—though the Samoan actor pointedly notes that he is “not Hawaiian”—gets to play with stereotypes and misconceptions about his state as well in a sketch ostensibly about learning to play the ukulele. Another highlight involves the ensemble as a gaggle of first-graders informing their teacher (Schreck, in a rare straight man appearance) of their sexual and gender preferences. (Curran, after saying that she has an affinity for both meat-eating dinosaurs and vegetable-eating ones, declares herself “paleosexual.”)

Directed by Ryan Bernier (whose scene transitions are nothing short of brilliant), this 108th Revue and this gifted cast add another exciting and entertaining layer to the Second City legend. If you are a fan of sketch comedy, this one is a must-see.

Do You Believe in Madness?, Second City’s 108th mainstage revue, is now playing at 1616 N. Wells, Chicago, IL, in an open run. The show runs 2 hours with one intermission; a “third act” improv set follows. Check the website for specific dates, times, and tickets. Find more information about current plays in our front page recs and attheatreinchicago.com.