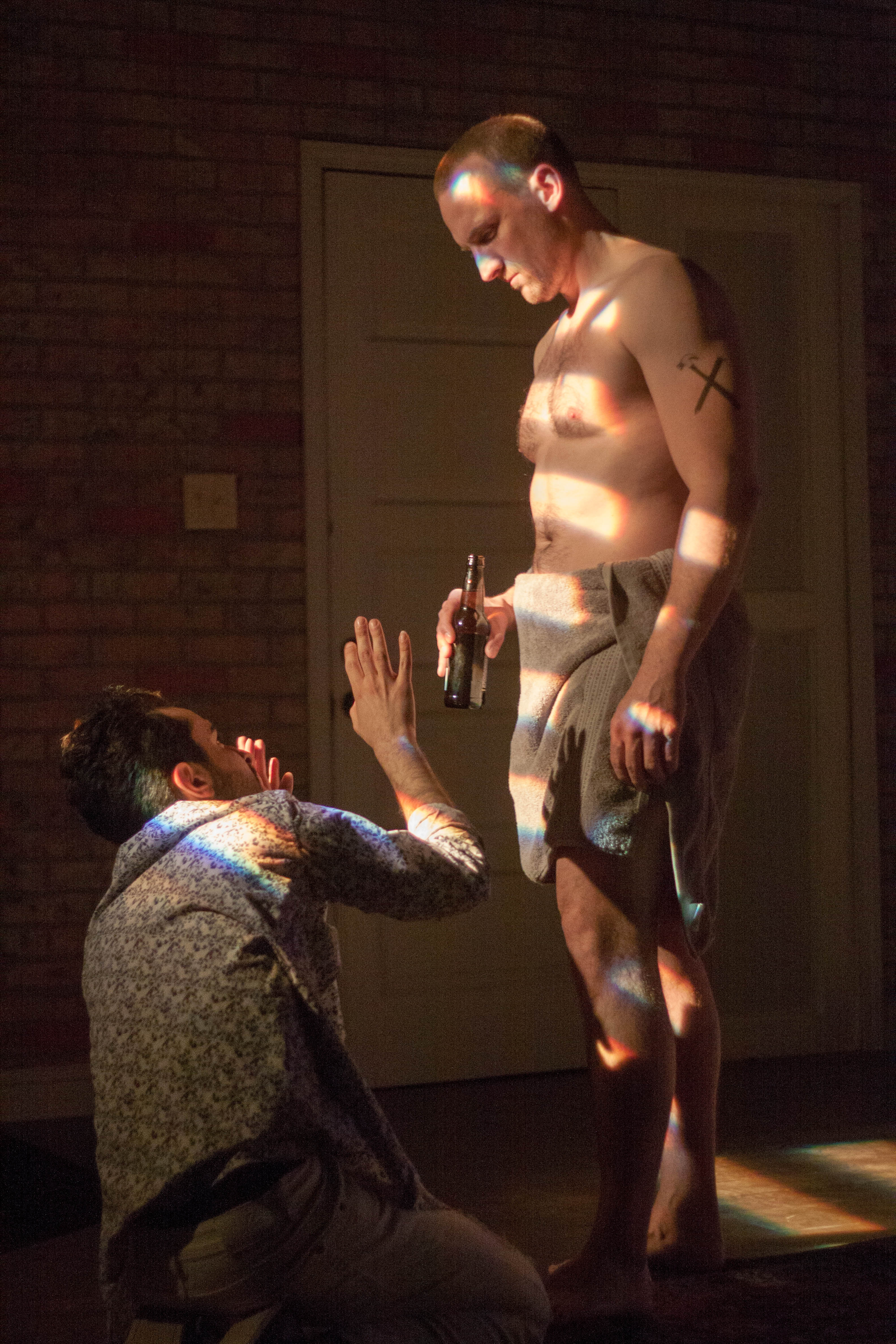 Set in Chicago in 2016 against the backdrop of the Cubs’ quest for the World Series, Through the Elevated Line tells the tale of immigrant siblings, one who has been long-established in America and one who just got here, through the prism of Tennessee Williams’ A Streetcar Named Desire. Silk Road Rising’s world premiere of Novid Parsi’s play delves into American xenophobia, Iranian homophobia, and one tragically imperfect man’s efforts to deal with both of these as well as his own flaws. Parsi did not start writing the play with Streetcar in mind; it was a thought engendered by the realization that he had created a triangle much like Blanche/Stella/Stanley. And to his credit his play follows Williams’ plot perfectly, with scenes and even lines that echo the classic. Director Carin Silkaitis certainly gets her Streetcar right, but Parsi’s script forgets the one element that made Stanley Kowalski tolerable: this self-centered, “bestial” asshat of a man said many things that were genuinely funny. Without anything even in the ballpark of that humor, Parsi’s play comes across as relentlessly dark: Blanche v. Angry Stanley and little else. That is not to say that the play is a failure. There are many fine performances here, solid direction, a lovely lighting plot by Lindsey Lyddan, and fine original music and brilliant sound design by Jeffrey Levin. Ultimately, though, I left wishing that Parsi had never conceived of the Streetcar connection at all. 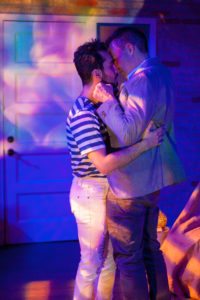 Through the Elevated Line‘s characters are what make it work, not any imitation. It revolves around the gay immigrant Razi Gol (Salar Ardebili in a heartfelt performance) who, escaping persecution in his own country, comes to America and imposes himself upon his dermatologist resident sister Soraya (a captivating Catherine Dildelian) and her real estate salesman/construction foreman husband Chuck, a muscular hunk of a man played emphatically by Joshua J. Volkers. Uneducated Chuck becomes quickly suspicious of Razi when he discovers that, like Blanche, he has lost the family house back in Iran, and easily labels the newcomer a parasite. There is no discussion of the Napoleonic Code here, but the reflection of Streetcar could not be more obvious. Razi even meets a love interest, a la Mitch in Williams’ play, in Sean (a sympathetic Philip Winston) who might be able to save him from himself and perhaps even marry him, which would allow him to remain in the US.

With the el standing in for the “rattletrap streetcar,” Parsi’s play proceeds to progress in direct parallel to the earlier work. And that is both its grace and its curse. Like Blanche, Razi adds little touches of his own to his sister’s house to make it feel more like home (even a dimmer light that seems to have the same effect as Blanche’s paper lanterns: to obscure his worn reality from Sean). Chuck’s persecution of his brother-in-law develops along the same line as Stanley’s, with the same beats containing only minor variations (too-long showers, for instance, instead of baths). Sean’s affair with Razi, too, mirrors Streetcar: Razi, though a sexual man, remains oddly chaste with him, refusing to go further than a kiss and creating the facade of modesty and abstinence. (Like Blanche, he urges that he is only showing his deep love and respect for Sean in doing this.) Like Stella, Soraya loves her brother but loves her violent lug of a husband more. 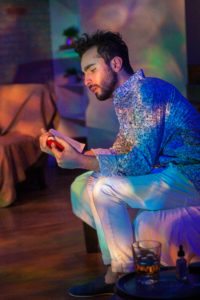 Ultimately, the analogous elements overwhelm the play, especially in several instances where Parsi seems to go too far in an attempt to create a correlation. (His use of “asylum” is one such too-literal moment.) The play seeks to answer questions like “Where does Razi belong?’ and “who do we count among our own?” but anyone with more than a passing familiarity with the older play spends the show focusing on the parallels instead of on the events unfolding before them. It becomes a bit of a puzzle—OK, how does this fit?— instead of a tragedy. Despite this, though, there is something undeniably powerful about the play. In Volkers, Silkaitis has found a perfect Chuck: menacing in anger and abject in love. Ardebili’s gay male version of Blanche works well and his devotion to the poetry of Hafez, whose works Razi uses to answer all of his life’s issues, gives him a new layer beyond the archetype’s excessive sentimentality. And Dildelian is a wonderful, sensual presence as the doting big sister whose love (or desperate need) for her husband trumps biological ties. It may be harder to focus on the play’s myriad philosophical issues because of these similarities, but there is no denying that these issues exist. And in the kind of anti-immigrant world we are currently living in, it is very easy to see the resemblance to major concerns playing themselves out in the news.

You may get the impression from this that I’m on the cusp as to whether to recommend the play, and you’d be right. As an exercise in homage, it is sort of brilliant. As a stand-alone play, I suspect that it can work very well if you divorce it from its predecessor. As a drama, it certainly has all of the right elements. Yet as I said earlier I can’t help wondering where this intriguing premise would have gone had the similitude with Streetcar never occurred to Parsi. There are too many times here when he seems to be mimicking scenes and lines from Williams as if by rote, and sometimes this just gets in the way of his original plotting. Yet his dialogue sizzles and Silkaitis’s actors are more than up to the task. I guess my bottom line is that I can easily recommend this to those who don’t know Streetcar or those who love discovering parallels with a work they know. I can recommend it for its technical aspects, including also a great set by Joe Schermoly. I can recommend it to anyone who wishes to see some excellent acting, especially from the four leads. But I caution those who know Streetcar that the imitation does sometimes go too far.

Through the Elevated Line is now playing at Silk Road Rising, 77 W. Washington in Chicago, until April 15. Performance times vary; check website. Tickets are available from Silk Road Rising. Find more information about current plays on our Current Shows page and at theatreinchicago.com.