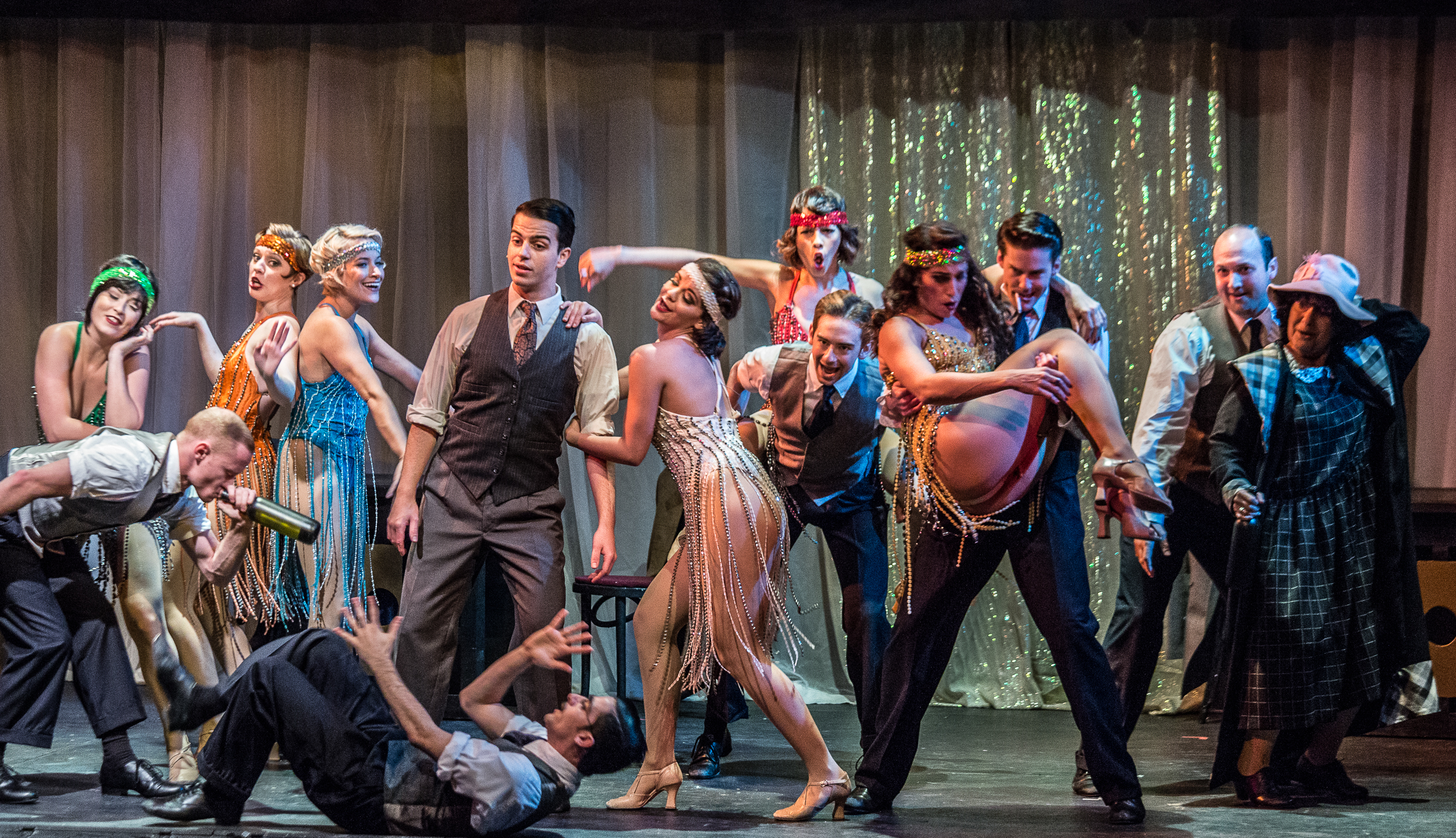 Once upon a time, there was an elderly, very religious Jewish man, who was illiterate. Because of this handicap, when he prayed, he was only able to recite the Hebrew alphabet because this was all he knew. He was confident that God would be able to arrange the letters into the appropriate words.

I could not help recall this story during a very heartwarming, moving scene in Nice Work if You Can Get It where Duke Mahoney (Michael Schneider)), a barely literate thug, is courting chorus girl Jeannie Muldoon (Haley Jones), the dream girl of his life.  He prepares himself by watching romantic movies and studying the rhymes lovers use. He searches for just the right words for the love ballad he writes her. Here are the resulting lyrics chosen to express his deep feelings:

Amazingly, Jeannie DOES understand and is able — and willing — to fill in the blanks!

This entire musical comedy — about bootleggers, chorus girls and  vice squads — fills in all the right blanks — taking earlier highly successful George and Ira Gershwin’s songs and plugging them into a brand new plot for a delightful evening of theater.

Set in 1927– at the height of prohibition — the pastiche was written and produced in 2012 and has all the tunes and show stompers one could want. It is full of such familiar tunes as Sweet and Lowdown, Someone to Watch Over Me, Let’s Call the Whole Thing Off, S’Wonderful, and I’ve Got a Crush on You, some of which had already appeared in other Broadway shows.

The plot has the requisite problem to be solved — where to stash 400 cases of Gin — and the requisite love story with not one, not two, but three possible romances,  crossing age and social barriers. Everyone deserves a happy ending — no matter what the logic.

True to form at Stage Door Productions, the cast, costuming, and setting are all top notch. Kudos to the attractive leads, who have  just the right voices and chemistry, TJ Lamando (as playboy Jimmy Winter) and Rebecca Tucker (as a successful bootlegger); costume designer Jerry Sturdefant;  Choreographer Danny Durr, and set designer Randall Parsons.

Nothing can compete with a fast, sassy, musical comedy filled with catchy Gershwin tunes. Not to be missed.