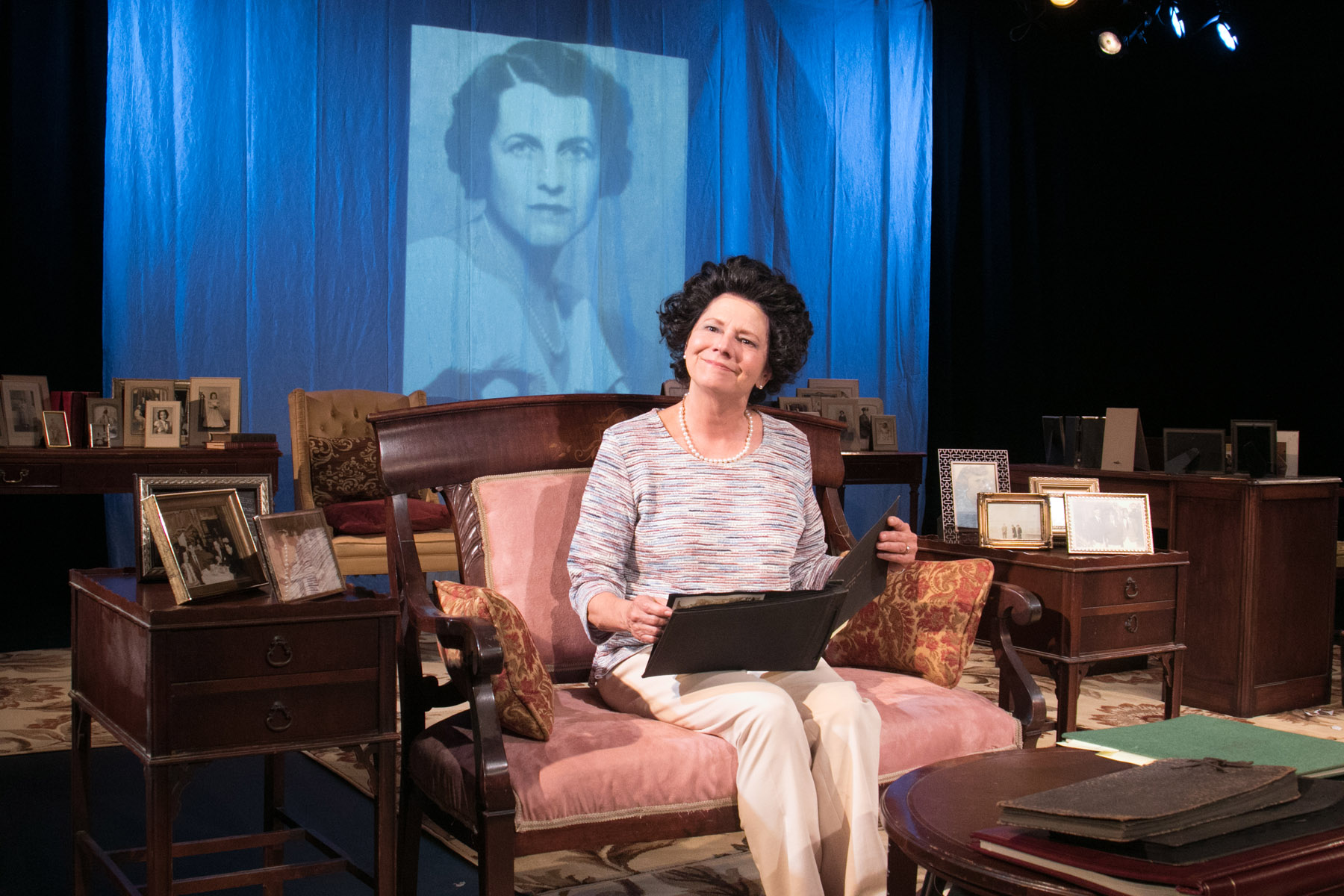 A chill, snowy night in Chicago was warmed considerably for this reviewer by the chance to see Greenhouse Theatre’s revival of last year’s hit Rose, written by Lawrence Leamer, starring Linda Reiter (who won the Jeff Award for this performance) and directed by Steve Scott. Having missed it the first time around, I was extremely grateful that this acclaimed production was getting another run, though a bit confused as to why it might happen so soon. That confusion was alleviated by Greenhouse Artistic Director Jacob Harvey in a program note. He discusses the fact that the first run was mounted as everyone involved believed they were about to witness the election of the first female President.

We were standing on the edge of a precipice and it felt like instead of going for a nose-dive we were about to break the glass ceiling. The results of the election and what has happened since could not be farther from those earnest expectations of a brighter tomorrow that undoubtedly infused themselves into our intial production of Rose. In light of our current cultural climate, I couldn’t shake the feeling that it was important for Rose to return.

As I watched Reiter’s tour de force performance, I kept those words in my mind. The performance itself continues to be something that defies description. One could call it an impersonation but that doesn’t do it justice; Reiter embodies Mrs. Kennedy onstage, her portrayal somehow transporting the 79-year-old Rose into the theatre. Leamer’s play, taken from interviews, research, and tapes of Rose herself, focuses on her reactions in the days following Ted Kennedy’s Chappaquiddick car accident that took the life of Mary Jo Kopechne, a young volunteer for Bobby’s campaign, throwing his career and—once again—the lives of the Kennedy clan into turmoil. 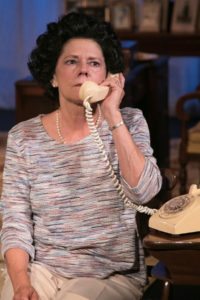 Using the conceit of having her speak to her biographer, Leamer allows Rose to ramble on about her life, using old photos in albums she’s unearthed from the attic (which are projected for the audience) to stimulate stories of her father, her husband, and all of her many children. Concerned about Teddy, who is sailing in an effort to calm down, she fears the worst. Every time the phone rings, she hopes it is him; it’s always one of her daughters or daughters-in-law. Her responses to each of them tell us a lot about this woman and the internal dynamics of the clan that brought Camelot to this country, but it is in her stories that we learn even more.

We learn of her father, John Fitzgerald, the mayor of Boston, who rose to power despite his Irish descent. We learn of her husband Joe, whose deferment from WWI embarrassed Rose, not that she ever would tell him that, and who, as ambassador to England, urged that country to make peace with Hitler rather than fight him, a blot on the family name that both Joe, Jr. and (ultimately) Jack would die trying to erase. Both boys enlisted in the war, of course, and with Jack becoming a hero in the PT-109 incident, Joe, Jr. more than ever felt the need to live up to the role his father saw for him. He took one mission too many and died when his plane exploded.

Reiter as Rose, recounting these things and how they led to Jack (who had not had any desire to go into politics) taking his brother’s place in their father’s political dreams (which led to his death), is full of emotion and pain: a mother should not lose her sons. But some of her greatest anguish is saved for her daughters.

“I would rather have been the mother of a President than the President,” she tells us early in the play, “and that’s how I raised my daughters. Life is about making compromises and it is women who make them.”

For some of the Kennedy women, though, life was entirely uncompromising. Rose recounts in detail the story of Rosemary, her “slow” but beautiful and beautiful in spirit daughter whom her husband could never abide and ultimately, in the guise of “helping” her, took her to get a new experimental surgery called a “lobotomy.” Although Rose herself had no foreknowledge of this event, her guilt is clear in the way she chillingly describes the surgery and breaks down over the senseless loss that “we did to ourselves.” 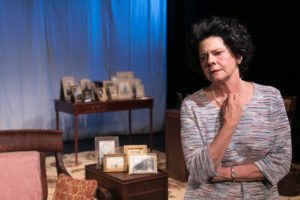 Equally painful is the story of her daughter Kathleen, a Red Cross nurse in WWII who violated her religion by marrying a (Protestant) British Lord who was later killed in battle. Later, she dies in a plane crash, having never been forgiven for her transgression by Rose. Reiter shows Rose’s retroactive pain for yet another loss of yet another child.

Not one for showing affection or talking about love (“Love is more than the utterance of the word”) during her children’s early lives (she left that to the nannies, she says), Rose, it is clear both from Leamer’s script and from Reiter’s performance, did indeed love her children deeply. And as the play winds down, that love and all of her pain manifest in a line that resonates especially for the daughters and daughters-in-law of the clan, but for the men as well.

Jacob Harvey pointed out that Hillary Clinton, after she lost, said:

Now, I know we have still not shattered that highest and hardest glass ceiling, but some day, someone will, and hopefully sooner than we might think right now. And for all the little girls who are watching this, never doubt that you are valuable and powerful and deserving of every chance in the world to pursue and achieve your own dreams.

This remount of Rose is important because it highlights the message even more than the first run did. Rose speaks of what the world did to the Kennedys and what they did to themselves and how it is always the latter that causes more pain. Our current political and cultural condition is also a self-inflicted wound. Like Rose, we need to take a hard look at its causes before we can hope to overcome it.