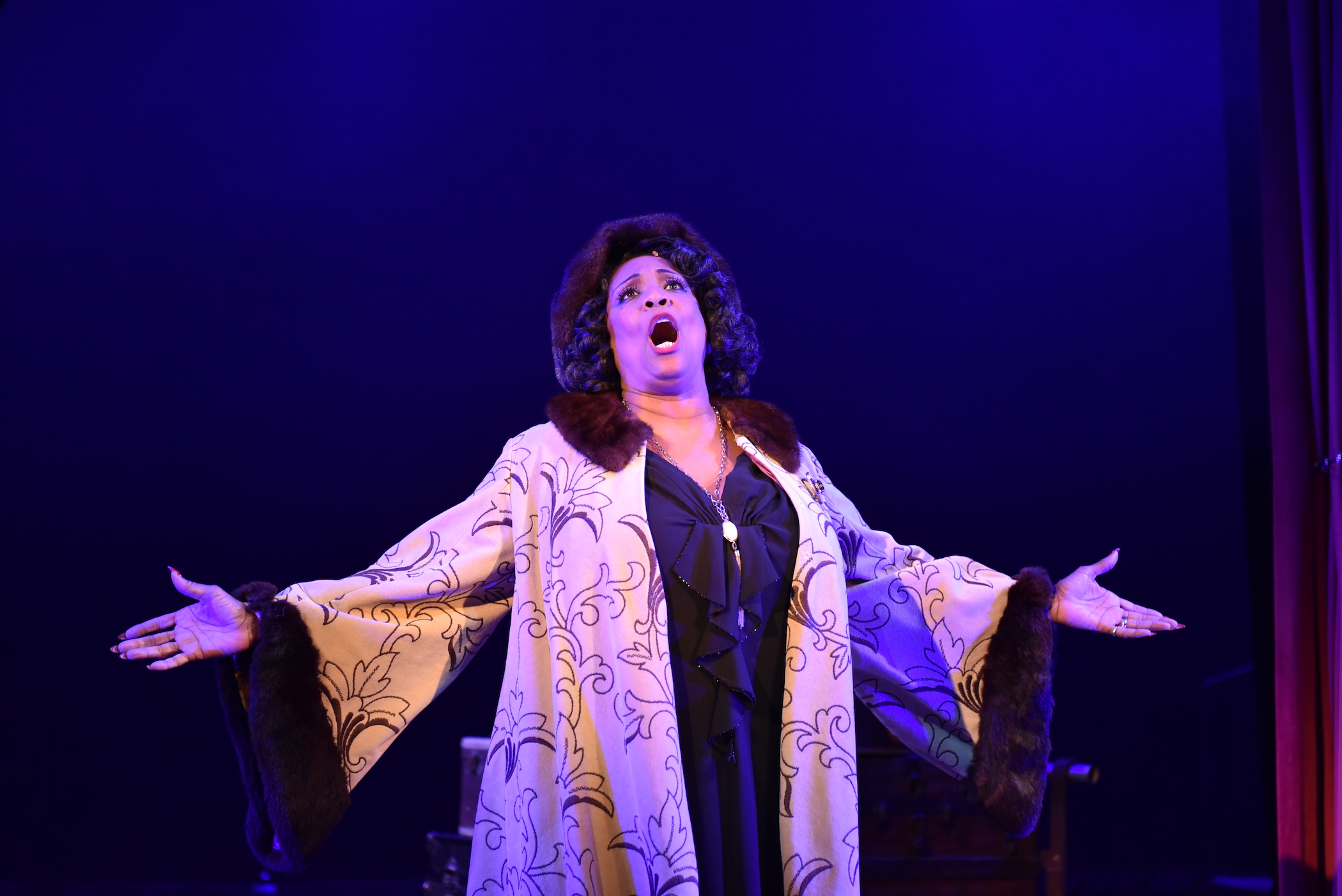 This is nothing revelatory, but...E. Faye Butler is a force of nature. The actress-singer has performed on stages across Chicago and America and has been the recipient of numerous awards, so there is very little I can say about her that has not already been said, but the woman is an absolute force of nature. From the moment she steps onto the stage in the iconic lead role of Porchlight Theatre’s magnificent new production of Gypsy, she just dominates it as if the role has simply been out there waiting for her to take it on (and this is a role originated by the great Ethel Merman).

Butler, of course, plays Rose, the overbearing mother of June (the adorable Izzie Rose as a child and Aalon Smith as a teen) and Louise (Jillian-Giselle and Daryn Whitney Harrell) who is determined to make first little June and later Louise into a vaudeville star. (Louise grows up to become Gypsy Rose Lee.) The archetypal stage mom, Rose is domineering not only to her children but to everyone around her including theatre directors, the other kids in June’s act, and the man who loves her, Herbie (José Antonio García). It doesn’t matter to her what anyone thinks or wants (including her girls); she longs for the spotlight herself and is dogged in her pursuit of a career for at least one of the family. An abandoned daughter and thrice-divorced woman, Rose smothers her children with her zeal, each in her turn, and hardly lets them come up for air. 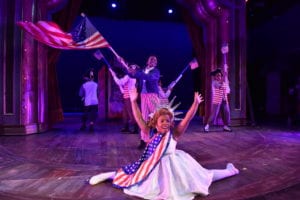 Both actresses playing June are perfect as the effervescent child star, and Smith gets to add the layers of disappointment and frustration with her mother’s dictatorial methods that come with growing up. Dawn Bless, Melissa Young and Honey West have a hilarious turn as three strippers that Louise meets in a burlesque gig. Marco Tzunux delivers a memorable performance as the talented dancer Tulsa. And García is solid as Herbie, who only wants to make Rose happy but discovers that nothing short of the limelight is ever going to be capable of doing that.

If this were any other play, I’d probably be spending the rest of the review talking about the wonderful performance by Harrell as the unlikely stripper superstar Lee (née Louise). Her morphing from underappreciated (but perpetually happy and kind) sister to overwhelmed would-be star to stripper sensation is brilliant. She is especially great in the scene in which Louise is forced (by Rose) to get ready to go onto the stage for the first time as Gypsy Rose Lee. (They are broke and money is involved, along with star billing.) The combination of heartbreak and trepidation with which she approaches these few minutes underscores all that comes after, as she revels in the adulation afforded to her stage persona. 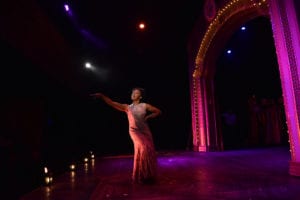 But this is Gypsy. It’s only named after Louise’s character (and based loosely upon her memoirs). The unparalleled star of this show is Butler. Desperate to give her daughters a taste of the fame that eluded her because she was too old when vaudeville hit its heights, Rose spends the entire musical searching for the elusive recognition that comes with stardom, never quite realizing that she is driving everyone who loves her away. Butler’s powerful voice is a glorious instrument for songs like “Some People,” “Everything’s Coming Up Roses” and “Rose’s Turn,” and in the quieter moments, like her “Small World” duet with García, she brings her outsized character right down to earth. Rose may not be the most likable of characters, but Butler is simply outstanding.

Director Michael Weber does a masterful job of organizing the chaos inherent in a show featuring several child performers and a cast of 34 named characters, eleven ensemble members, and a dog. That each character seems specifically delineated is a tribute to his attention to detail, and he keeps this long (2:40 including intermission) show moving along at a brisk clip. This is aided by a set from Jeffrey D. Kmiec that features both the front and rear sides of the proscenium arch and all the accoutrements of backstage (costumes, props, etc.) scattered along the wings. Because these wings are visible throughout, even moments at Rose’s home become visually about showbiz. Bill Morey’s costume design here is amazing from Baby June’s ridiculously overdone hyper-innocent dress and bloomers to the costumes for her act (when Chris Carter’s choreography really is fun) to the outrageous costumes worn by the strippers (one lights up!) to the glorious dresses worn by Louise as her career takes off. Denise Karczewski’s lighting design takes us from backstage to onstage as much as does the revolving arch, and Robert Hornbostel’s sound is crystal clear.

From the lovely (onstage) overture to the final bows, this musical is the product of a group of artists that come together both onstage and backstage (the difference between the two blurred of course by the set design) to tell what is ultimately a familiar story of a family seeking to understand itself and a tremendously flawed woman who comes close to losing it all. In a year featuring several outstanding musicals, Gypsy is one you absolutely must see.