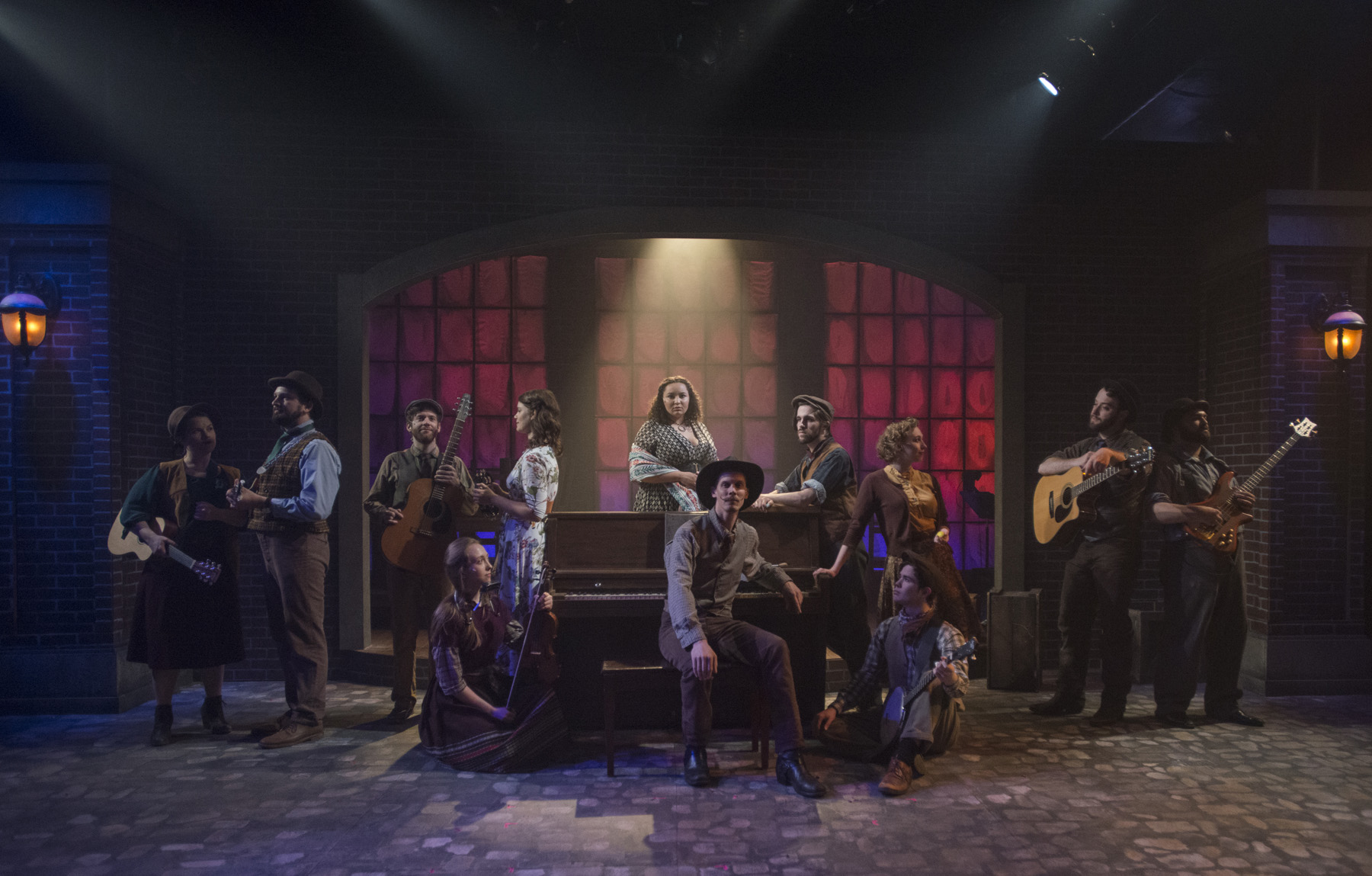 Enter the theater for Underscore Theatre Company’s latest production, Haymarket, and you are immediately taken back in time by a group of actor/musicians in 19th Century garb playing various traditional folk instruments including guitar, banjo, mandolin, fiddle, and washboard. (There is a random electric guitar, but nothing is perfect.) When they sing “Solidarity Forever,” the union hymn, they invite the audience to sing along; thus do they assure that your sympathies lie with the cause that will be on display for the next two hours. And an amazing two hours it is: full of rousing speeches, powerful ballads, and the story of the single event that arguably had more to do with the founding of the Labor Movement than any other, the affair at Haymarket Square, Chicago, in 1886 in which police and strikers were both killed when a bomb was flung into the advancing lines of policeman who then opened fire.

The first act of Haymarket, which has been lovingly reincarnated at Theater Wit after playing to rave reviews at the Den earlier this summer, builds very slowly and deals with the events leading up to that day. Various actors take on roles of key players on the strikers’ side in a bit of Brechtian theatre: it is more that we are being taught more about the generalized strike against big business than about the specifics of any individual character. This rather distancing approach (intentionally so, as the act is about the event, not the characters) is broken only by a single person: Lucy Parsons (Bridget Adams-King), the wife of strike leader Albert Parsons. Book writer Alex Higgin-Houser and composer David Kornfeld have rejiggered their 2016 musical to focus on her growth as a character, and thus we see the whole series of events through her eyes. 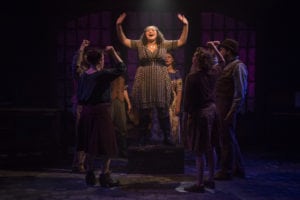 Lucy is portrayed as a woman who was one of the actual instigators of the armed response that many of the strikers were ready for at Haymarket. We see her as a  radical’s radical, to the anarchist left even of her anarchist husband (Erik Pearson), who desires a completely peaceful demonstration. And Adams-King is (if you’ll excuse the expression) dynamite as the woman who grows from hot-headed revolutionist to become one of the founders of Industrial Workers of the World. But with fiery Lucy and participants such as George Engle (Matt Mazzocca), the head of a local leftist militia, and Louis Lingg (Joey Harbert), a deadly serious bomb-maker, as well as the violent strike-breaking tactics used by Pinkerton Detectives, the desires of Parsons and his assistant August Spies (T. J. Anderson) are perhaps doomed from the start.

The first act has powerful moments, but on the whole is slow, never rising to the fever pitch that one might expect, given the nature of its topic. But our main narrator Lucy is singing of an “epic” movement, and the writers are true to Brecht’s techniques: in this bit of socialist-activist theatre, we see the Haymarket affair as a smaller part of a larger whole. Actors are not asked to play realistically so as to provoke emotion, (again, the exception is clearly Lucy) but rather to concentrate on society itself as the provocative element.

It is in the second act, though, that Haymarket really shines. Doubling down on the Brechtian lack of realism, we see a caricatured version of the judicial circus that was the trial of the anarchists, the very definition of a kangaroo court. Underscore portrays it as a literal circus, aptly capturing the truth of a trial in which the judge and jury were both highly prejudiced against the defendants from the get-go. It is a brilliantly staged and powerfully charged production that finds gallows humor in the outrageous actions of the prosecution (culminating in the hilariously never-ending real-life speech of Spies before the sentencing). From there the act segues into the world-wide fight for amnesty for the five men convicted on shoddy evidence of conspiring to commit the bombing. Nina Van Zandt (Amanda Giles) met and married Spies in prison, and the play shows her using some of her heiress fortune to tour the world with other wives—Lucy, Jane Engel (Sarah Beth Tanner) and Joanna Fischer (Melanie Vitaterna)—in an “Order of the Gallows” meant to show solidarity with their doomed husbands. The executions are also brilliant in their staging, both distancing and powerfully emotional at once. 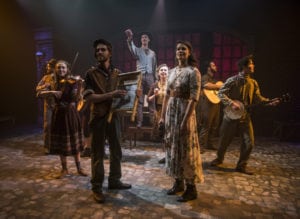 Director Nick Thornton here has created a moving, captivating production with a strong, multifaceted ensemble. (Other cast members include Ellean Dobias, Eric Loughlin, Josiah Robinson, and Kelan M. Smith.) Each brings both strong voices and some serious instrumental chops to this clever, inventive show. Erik Barry’s lights set perfect tones for the proceedings, and (together with the actors’ instruments and Branson Reed’s sound design) make explosions like you’ve never seen and heard before.

Haymarket is an Underscore Theatre production now playing at the Theater Wit, 1229 Belmont, Chicago, until September 16. Performance times vary; check the website at Theater Wit for schedule of locations and times. Find more information about current plays on our Current Shows page and at theatreinchicago.com.