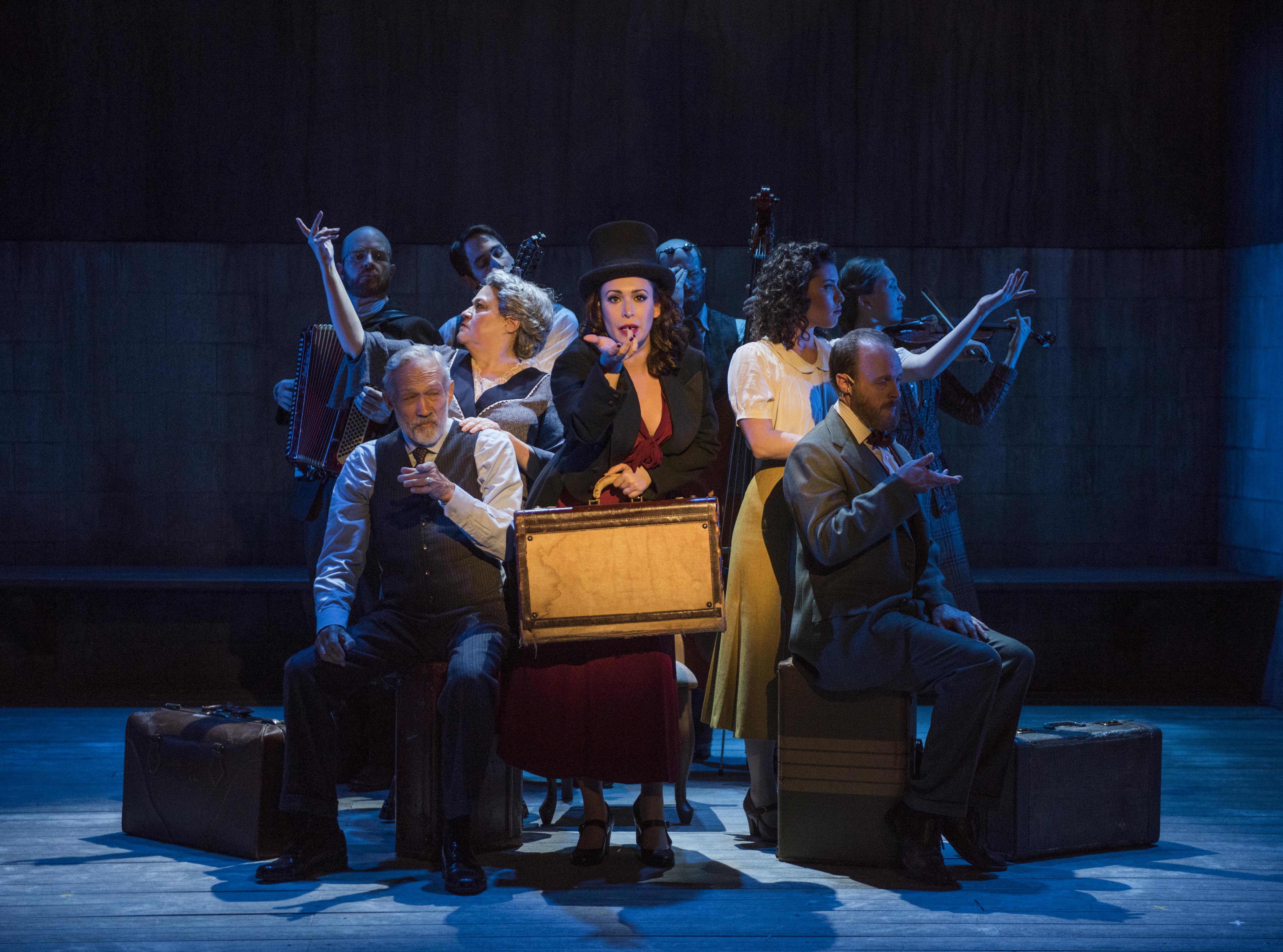 In an era when America is sadly renewing both its (previously hidden) xenophobia and its prejudices against LGBT people, Paula Vogel’s 2015 play  Indecent seems frighteningly prescient. Indecent, just opened at the Victory Gardens Theatre in its Chicago premiere, tells the true story of a Yiddish play from 1905 and what happened to it when it premiered on Broadway. The play in question, God of Vengeance, had toured the capitals of Europe to great acclaim due to its uncanny sensitivity in exploring lesbian relations, but in this country it was immediately declared smut, and the entire cast was arrested for obscenity. And it was not merely America’s indomitable prudish streak that caused the problem; it was also the fact that this play was produced by a Jewish company comprised of foreigners. 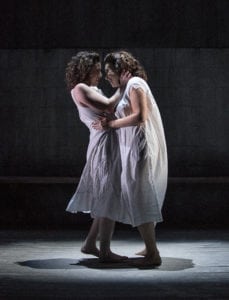 “I wrote Indecent aware of the rise in hate speech, aware of the bashing of immigration, deeply, deeply concerned, and I thought there is an important reason to write this because this happened in our history,” Vogel told me in a recent interview, decrying the “divide-by-fear mentality” that pervades modern America. But at its core what attracted her to the story of Sholem Asch’s century-old play is a simply beautiful love scene in the rain between two women, written by a heterosexual man. That scene plays out partially and in its entirety several times during Indecent, a provocative and powerful play that follows God of Vengeance from its inception through to a speculative final performance in Nazi-occupied Warsaw.

Directed by Gary Griffin, Victory Gardens stages the play on Jeffrey D. Kmiec’s large villa-like set that looks as if it could have been the setting of the original play. We can see into the wings; this is at all times a tale of theatre, a fact that is established from the opening moments when, in Our Town fashion, we are introduced to the cast by the “stage manager,” a man named Lemml (Benjamin Magnuson). That cast consists of members of a long dead (if we judge from the ashes that pour from their clothing as they are introduced) troupe of players that is re-assembled here to tell a story that has become very important to them. There are six members of the troupe and they play all of the various roles in the play and the play-within-a-play: two “elders” (David Darlow and Cindy Gold), two “middles” (Andrew White and Catherine LeFrere), and two “ingenues” (Noah LaPook and Kiah Stern). They are accompanied by two dedicated musicians (Matt Deitchman and Elleon Dobias); two members of the troupe also accompany.

Vogel’s play incorporates traditional Jewish music throughout as a sort of commentary on what we are seeing. Watching the Jewish cast attempt to integrate into the US, for example, shedding their peyes—the long curled sidelocks seen on Orthodox Jewish men—and assimilating into the culture, we are treated to a song called. “What Can You Do? It’s America.” All of the songs are in Yiddish, with English subtitles. Vogel plays with language onstage in a similar way to what we saw recently in Writers Theatre’s Vietgone: when speaking their native tongues, actors speak in perfect English. When speaking English or German, they speak with pronounced accents. As with the songs, subtitles appear that inform us which languages are being spoken. 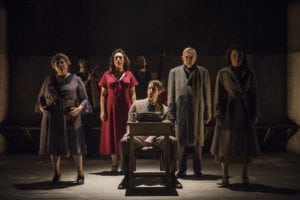 The play is structured episodically, with many quick cuts due to “A Blink in Time,” and covers fifty years in the life of God of Vengeance, whose playwright withdrew it from production after witnessing the horrors of pogroms in Eastern Europe. We watch as the play gets ready for its first performance, as it travels through Europe, and as it comes to the US for its ill-fated final production. Vogel treats time as a malleable concept, entirely appropriate for theatre, which exists in the present tense as long as it can be performed.

Like the theatre, though, America itself can seem frozen in time in a lot of ways, and Indecent is also a commentary on the tendency of those in charge, both then and now, to set themselves up as conservative moral arbiters. It is not merely a beautiful portrayal of queer love and the power of story-telling, but it is also a call to action: Vogel shows the darker sides of anti-Semitism and anti-immigration demonizing, and reminds us that what we are seeing in this country now has happened before.

“In a moment of fear,” she told me, “there is no history; there’s just fear about the future and the present moment and history becomes completely erased.” What we are seeing in the country today is what happens when we don’t learn from the past. Indecent puts that past on stark display, but it is also a celebration. We get to immerse in traditional Jewish culture for 100 minutes and we get to see a touchingly beautiful scene that reminds us that love is possible between any two people. At the same time, we see what homophobia can bring: the father of one of those two young women—the owner of a brothel, no less—is so distraught with her actions that she is cast into the brothel with the prostitutes. The lesson is obvious: better for her to be a whore than a lesbian. It’s a powerful moment, and we see it again and again.

Griffin, who directed last year’s Victory Gardens presentation of Fun Home, treats this subject with respect and wit. There is considerable laughter in the play, despite its core messages. And he gets some marvelous performances out of his group of players. This is a play that demands to be discussed, and it will leave you wanting to talk about its structure, its themes, its homage to Jewish culture, its beauty and its ugliness. It is a play about real life, which is sometimes not all that pretty, but it is presented beautifully.

“I wouldn’t call God of Vengeance particularly a happy play, but it basically says that the love between two women is a pure, passionate love,” Vogel said. Her play says this as well, and it’s rather sad that the thought is still so controversial that we need a reminder.

2 thoughts on ““Indecent” is a powerful, timely reminder of the need to act decently”