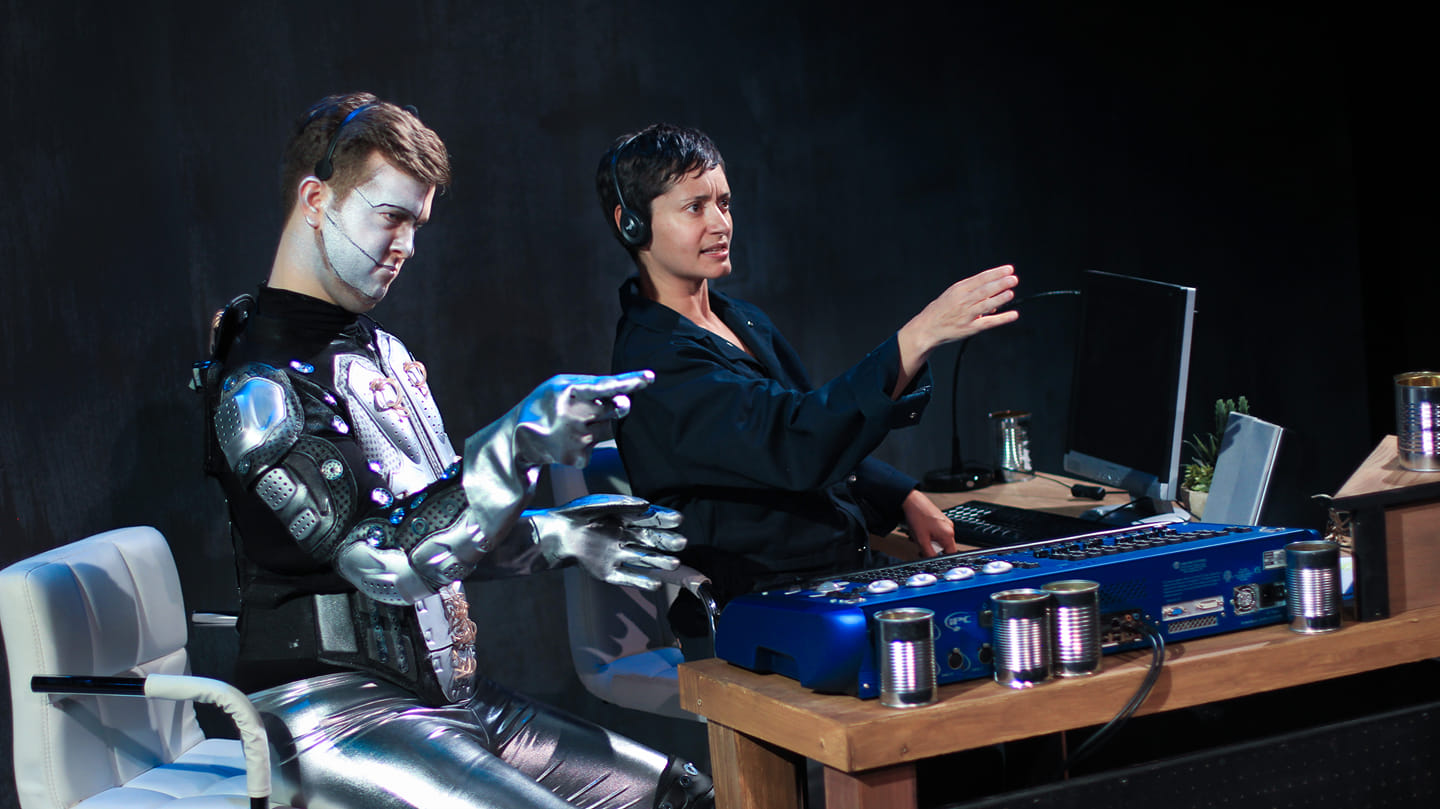 What is survival worth to you? How hard would you fight, what would you do in order to survive? And what if there is a chance- a very good chance- that you are the last person alive on Earth? As a historian, I have always been interested in stories of survival. I am fascinated by individuals and groups of the past who have endured starvation, torture, extreme thirst, extreme weather, extreme pain, extreme loneliness in order to survive. These stories lead me to question my own strength of body and will- how much could I, would I, withstand in order to survive? At what point does one—at what point do I—just give up and say “enough,” and succumb to the pressures of death? Jack Horton Gilbert’s play Shelter asks many of those same questions. And unlike most of the stories I think about when I think of survival, Shelter poses these questions in a somewhat possible future.

I was unsure of what to expect on the warm Friday evening as I walked towards the Otherworld Theatre to see Gilbert’s Shelter. The production was being put on by the Navigators, a group which advertises themselves as a feminist sci-fi theater company. This had caught my eye because my husband is a sci-fi fan and I’m all about feminism. The Otherworld Theatre is one of those amazing Chicago storefront theaters, easy to miss while walking down Clark Street just north of Wrigley Field. We walked into the dimly lit, small lobby that immediately created an otherworld sensation. The wide-ranging sci-fi posters and paraphernalia decorating the lobby space helped with that feeling. The bar offered an array of sci-fi cocktails and beers and we waited patiently for the theater to open while sipping on a butterbeer and a martian green appletini.

There are two spaces in the Otherworld Theatre and Shelter is in the lab theater in the front part of the building. In fact, there is a door on stage right that opens right onto Clark Street. The minute I saw it, I desperately hoped it would be incorporated into the production and I was not disappointed! There is no raised stage in the Lab Theater, so the audience (which at this performance consisted of four of us) is on the level with the actors. The “stage” had a painted floor that looks like the tile in a lab and there were a few set pieces on stage along with iZak, the robot (Frank Rose) in his powered down mode.

The play begins with the alarm buzzer going off and Izzy (Ariel Francouer) beginning her day in what we eventually find out is one of many underground, autonomous shelters built by the government for a time when climate change makes the top of the Earth uninhabitable. That time has long come and gone, as we find out during the play. In fact, we learn that, more than likely, Izzy is the last human alive on the planet. Her only companions are the robot iZak that she built to keep her company and to be her sidekick on her radio program and MOM (Jean Marie Koon), the computer program that measures everything from air quality of the shelter to food rations to Izzy’s mental well being. As the story unfolds, it is made clear that Izzy’s mental well-being is not strong due to the fact that she is going to run out of food very soon. Playwright Gilbert brings most of the information to the audience through Izzy’s radio program which she broadcasts daily in the hope that if there is anyone else alive, they might hear it and be inspired to go on for another day.

I am not typically a sci-fi fan, but I found a lot to love in this particular show. Francouer gave a riveting performance as Izzy which I found particularly impressive due to the small audience size. I truly felt for her as she struggled through her broadcast, switching from over the top, happy-go-lucky DJ to a woman who has fought so long for survival that she’s not sure she can do it any longer in the face of such dire circumstances. I marveled at Izzy’s resilience and wept at her tragic circumstances. Most importantly, I appreciated the hope that Izzy conveys throughout the story, even in the face of death. Rose was very funny as iZak. His character was robotic enough to be believable as a machine and yet, as Izzy’s only companion, he gave off a sense of humanity that Izzy reflected on him. Koon’s MOM was almost too eerily “mom”-like for me, always “looking’ over Izzy’s shoulder, trying to control her as any good mom does.

I thought this show was amazing. I appreciated to energy the actors put in for our small audience. As for the sci-fi aspect, I’m told by my sci-fi loving husband that it delivered! And it delivers on the feminism aspect as well with the story revolving around a very strong female hero. I am sad that only four people saw this show with me. It is a show that deserves a much larger audience. So if you are out there somewhere on this Earth, reading this review, try to find your way to the Navigators production of Shelter.

One thought on “Navigators’ “Shelter” at Otherworld: If you broadcast a radio show and no one’s alive to hear it, does it still rock ‘n’ roll?”