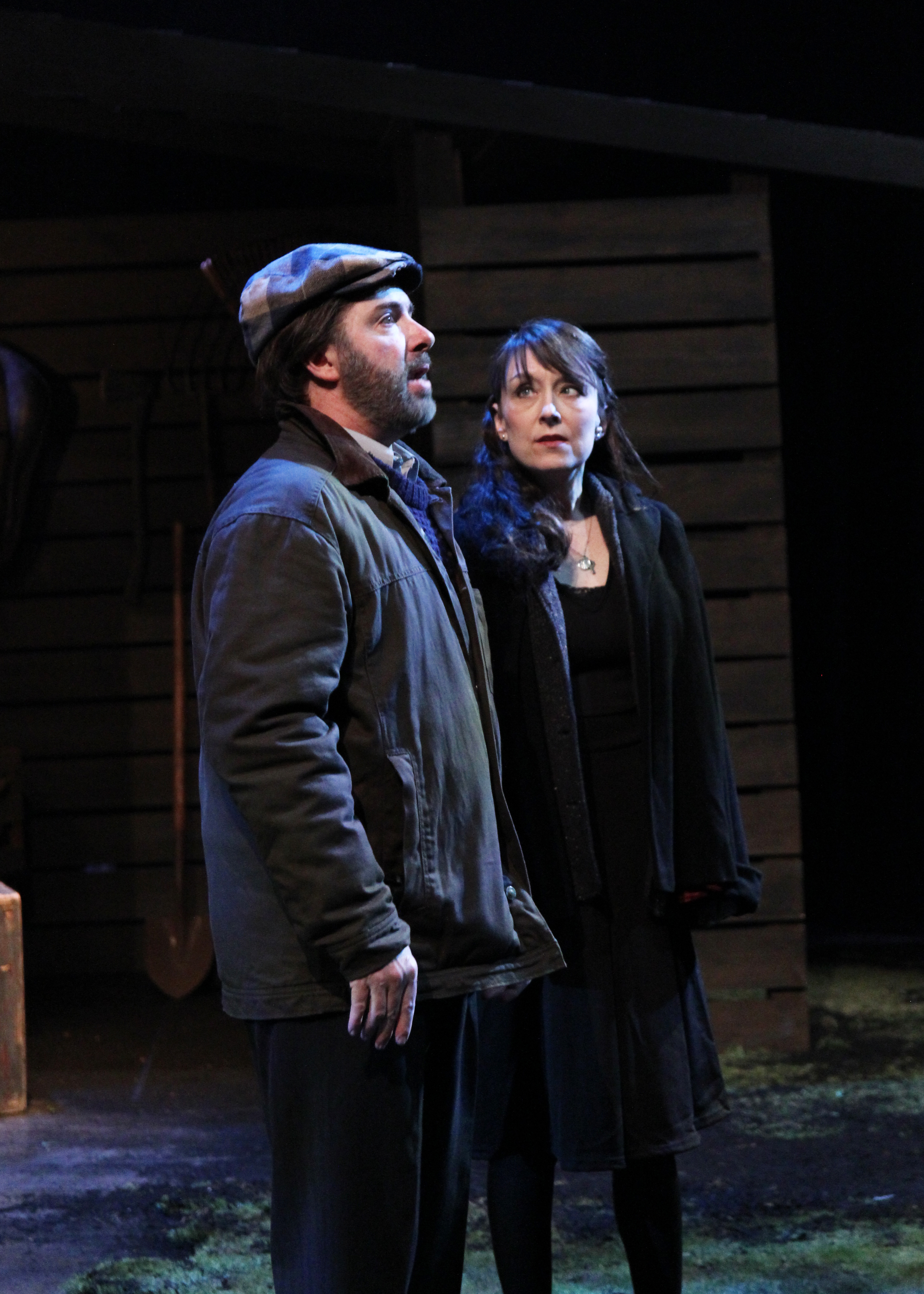 At its core, theatre is all about story and the human spirit. Sometimes the story allows that spirit to be chewed up and spat back out, tearing our souls apart with it. But sometimes, as is the case with John Patrick Shanley’s Outside Mullingar, the story focuses on something that is brighter, something that lights that spirit with hope. Shanley, who wrote Doubt and Moonstruck, here finds that hope in the Irish countryside with the story of two lonely people whose absurdly slow-burning romance shows that no one should ever need to give up. Shanley’s deceptively simple but seductive (and very funny) Irish fable celebrates both the end of life and, uncommonly, the middle. No one is young here, everyone has lost someone, and two of the characters die during the play, but this is one of the most uplifting plays you’ll ever want to find.

Robert Jordan Bailey plays Anthony, who is 42 when the play begins and a confirmed bachelor; having had his heart broken by a failed early love, he fears ever to try it again. The romantic interest he doesn’t dare to dream of is his lifelong neighbor Rosemary (Kelli Walker), a strong, independent woman who has not so secretly harbored a deep fondness for him since she was six but has never told him. They are exactly the two people who, in a different play, might have missed their connections entirely, left to wonder about what might have been. It’s no spoiler to say that this is not that play. The thing about romances and romantic comedies is that they have a way of working themselves out. The fun isn’t in wondering if the central couple will get together; it’s in discovering how they get together. 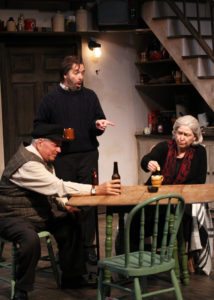 Anthony is such a determined loner that his father Tony (Norm Woodel) repeatedly says (with certainty) that his son will never marry. How can he, after all, when he refuses to take any chances in life? Tony believes that his son’s inertia is all that is keeping him on land he doesn’t love, so when we first meet him he is considering leaving the farm to a nephew he has never even met rather than Anthony. As to Rosemary, she’s just feisty enough to force Tony’s hand: she doesn’t want Anthony having to move away. She’s playing a long game that has taken a lot longer than she bargained for, but she plays on anyway, hoping that the story will have a happy ending for her. She wishes for nothing beyond the happiness that her mother (Millie Hurley) had with her father, who has just died at the play’s opening, and (perhaps inexplicably and certainly against all evidence) she has pinned her hope for that on Anthony.

Anthony and Rosemary are perfect together. Each seems somehow incomplete, as if they are missing something needed to live. Bailey’s choices help us to see that Anthony is full of emotion just below the surface. His every conversation seems to test his resolve to remain unattached, but we see the depth of his love in a very tender scene with his dying father when he unabashedly throws his arms around the old man, terrified of impending loss. Walker’s Rosemary is less demonstrative, if only due to the conservative Irish culture that insists that Anthony should make the first move. Instead of coming out and telling him how she feels, she chooses to be manipulative out of his sight, setting the stage for a scene that may never arrive. 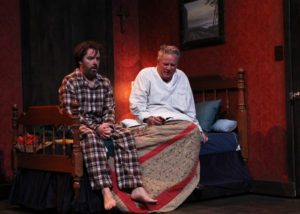 Director Steve Scott brings this play to life with a tender hand, pulling all of the right strings for his would-be lovers to remain interesting to the audience despite missing all of the opportunities in the world. He gives his actors the space to create wonderfully realized characters who desire more from life but can’t find a way to claim it. Bailey and Walker play off of each other beautifully: we’re watching two ships passing in the night, and even as we know they’ll find each other at some point, we can see the frustration of years spent hiding out in their own kitchens. Neither the actors nor the director is afraid to allow the characters to appear at times unsympathetic. They are perfectly willing to show us Anthony’s almost pathological nervousness as well as the dichotomy of Rosemary’s character: the strong and determined woman who still does everything other than come out and tell Bailey how she feels. She can confess her feelings only when he isn’t there: not exactly the recipe for joy.

Romances ought to make us feel good in the end and, despite the near-constant rain and the proliferation of nighttime scenes that might signal gloom if not doom, Beyond Mullingar delivers. It might take half a lifetime, but love will find a way. This taut, wonderfully funny, ultimately beautiful little play will put a smile on your face and make the trip to College of DuPage worthwhile. Shanley’s play is a sweet and honest look at life, death, and love. For all audience members, even those who have any doubts about their own stories, this play will give them hope. Like its characters, it does not harbor the pretension to be anything more than what it is, and that’s enough. If you have a heart, you’ll love Outside Mullingar.