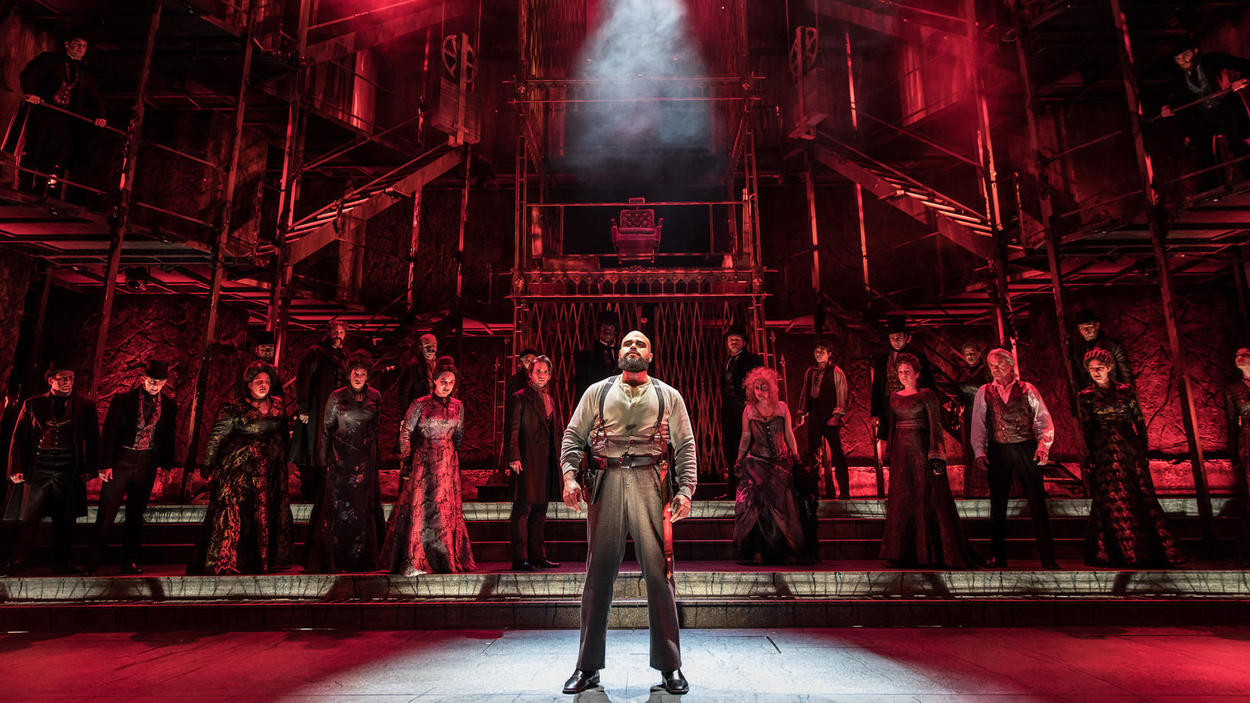 Chicago theatre celebrated its finest last night at Drury Lane Oakbrook Terrace, as the 49th Annual Equity Jeff Awards presentation rewarded a wide variety of achievements. There was no doubt whatsoever, though, as to who the big winner was for the evening: Aurora’s Paramount Theatre, which took home a grand total of eight awards (twice as many as its nearest competitor, Court Theatre): five for its production of Sweeney Todd: The Demon Barber of Fleet Street and three more for Disney’s The Little Mermaid.

Aside from Jansen, major acting honors went to Alex Weisman for “Hand to God” at Victory Gardens Theater (Principal Actor in a Play), to Angela Ingersoll for “End of the Rainbow” at Porchlight Music Theatre (Principal Actress in a play), to Kathy Voytko in “The Bridges of Madison County” at The Marriott Theatre (Principal Actress in a Musical). Michelle Lauto in “Spamilton” at The Royal George Theatre Cabaret won a surprise (and well-deserved) award for Actress in a Revue, and Austin Cook won in the actor category for “Marry Me a Little” at Porchlight Music Theatre.

Easily one of the highlights of the night was the Supporting Actor in a Musical award to Jonathan Butler Duplessis fo Parade (besting, among others, himself for Disney’s The Little Mermaid). His exuberant, energetic thank you speech evolved quickly into a love note to Chicago theatre:

Deplessis’ comments were echoed throughout the night by other award recipients.

A Special Award was presented to Steve Scott, honoring his “career achievements that have inspired artistic collaboration, educational outreach and demonstrated dramatic creativity for more than 37 years.” He was introduced by long-time friends and associates Robert Falls and Roche Schulfer. In his speech, Scott reminded the gathering that “although your rehearsal rooms must be safe spaces, our theatres, by definition, are not.” Exhorting his fellow Chicagoans to continue to do edgy work, he nonetheless noted that we should “never lose empathy for those with whom we disagree.”

Ron OJ Parson’s Best Director award was also a favorite, and he solidified it when he told the audience that among his year’s highlights was that his theatre’s team had won the theatre league softball championship. “This is cool,” he said of the award, “but that was the shit.”

Politics largely stayed out of the spotlight during the evening, though the mere fact that plays like  The Scottsboro Boys, East Texas Hot Links and Blues for an Alabama Sky were winning so many awards served as a reminder that racial issues in our nation are, sadly, as timely as ever. And several women, receiving awards, commented on the opportunities afforded them in their roles. Michelle Lauto’s speech spoke of the fact that she had played thirteen women in eighty minutes without making any funny faces, having romantic conversations, etc., and had a lot of fun doing so. But, though there were one or two oblique references to “current events,” the name of our 46th President didn’t come up once. This was a Chicago theatre celebration, and everything was about those present.