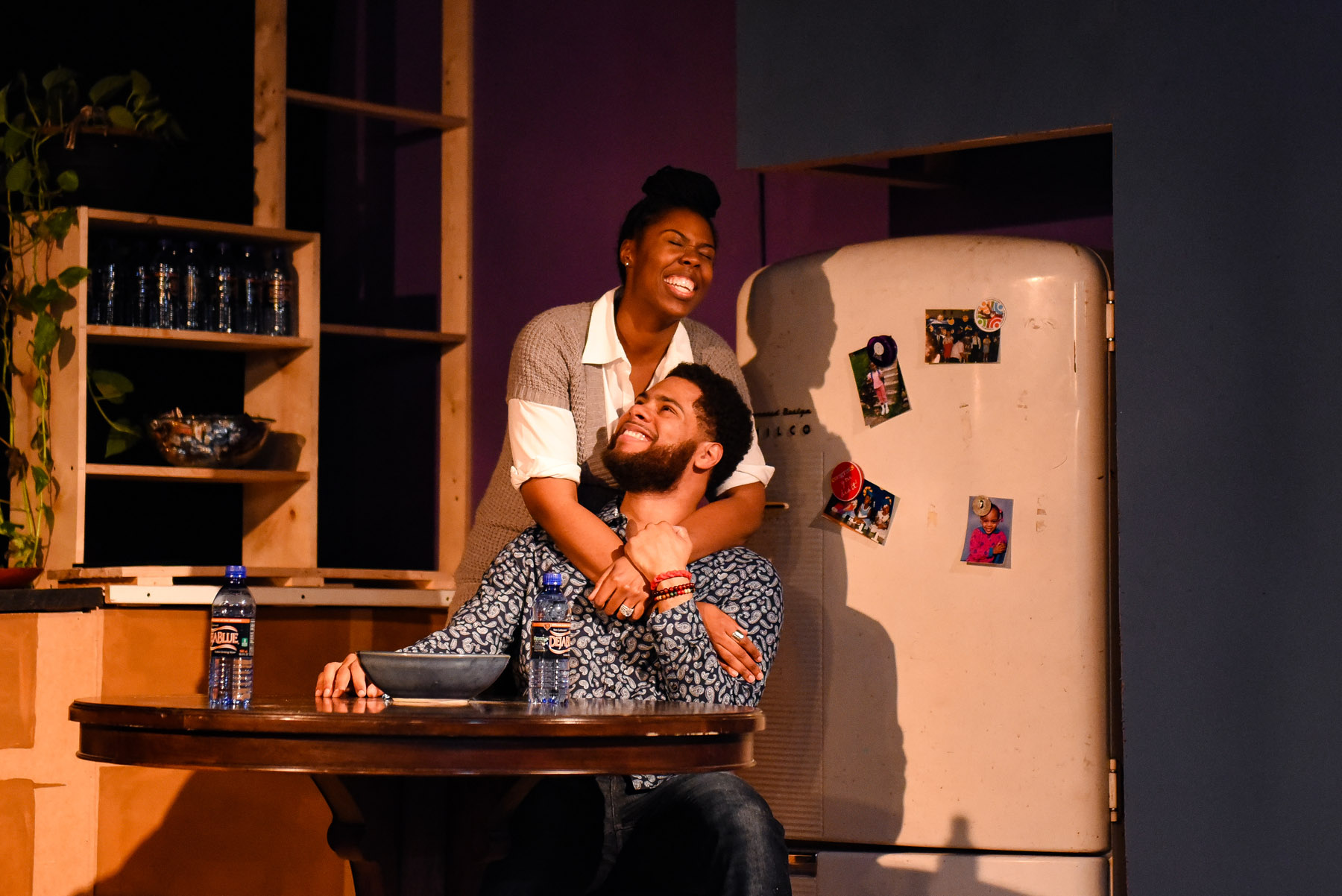 
I was recently blessed with the opportunity to see The New Colony’s production of The Light. I do not use the word ‘blessed’ lightly, as this show gave me what was quite possibly the greatest theater experience of my life.

The Light, written by Chicago’s very own (and very talented) Loy A. Webb, tells the story of the night of an educated African American couple’s second anniversary. The play follows Genesis (Tiffany Oglesby) and Rashad (Jeffery Owen Freelon Jr.) as they celebrate their second anniversary. She is a principal at a local Chicago school who regrets not telling her ‘babies’ about Muhammad Ali. He is a firefighter who, because of one lie, lost his football scholarship earlier in life. But together, they are joyous. Watching the couple swoon and fawn over each other for the first half hour of the show made for great laughs. But the laughs turn sour when Rashad tries to take her to the concert of a fictitious rapper. The rapper, although a traditional ‘good guy’, has a dark past that Genesis cannot support. 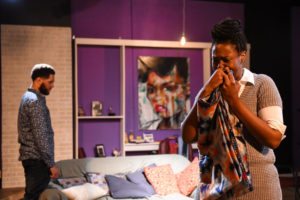 My own experience with the show starts when sitting in the living room of the couple’s shared condo. My front row seat protruded into the playing space that these two actors skillfully danced around for an hour and a half. Here, I felt like a fly on a wall. Or better yet, a close friend watching as this couple laughs, loves, cries, and fights with each other. But it was not just a good seat that gave me this feeling: it was the incredible acting that was taking place on stage. The two stars of the show were so believably in love and so believably mad at each other, and so believably real that I often forgot I was a member of the audience. It felt like I was watching this couple’s tour de force of a night unwind in real time. At one point, Genesis was standing, sobbing not a foot in front of me. It took all my willpower not to stand up and comfort her. Tiffany Oglesby’s performance was so transcendent, so raw, that I forgot that I was watching a woman work.

The great performances only highlighted the incredibly relevant and well-written script. This story deals with both the persistence of the American Rape Culture and the struggles of a black woman. These are two things that art has largely ignored until lately. You cannot ignore them while watching The Light as Genesis begs to be a human being: not strong all the time, but not weak in her vulnerability. Genesis and Rashad fight over the reality that men get the benefit of the doubt in rape cases. That we, as a society, have always chosen to let great men throw women aside in the name of achievement, art, and, in this case, the betterment of a community. But Genesis will not be thrown aside, an acknowledgment of the current state of the post #metoo and Harvey Weinstein world: that benefit of the doubt and silence are no longer assured.

This play is relevant, sweet, loving, funny, and sad. It gives a voice to the invisible by inviting us to explore what has until recently been an overwhelmingly ignored part of society. More importantly, it asks us to understand that, even if we ignore these people, they are still real. They still go through happiness and tragedy just as we do. The Light is everything that great art should be.

The Light is now playing at the Den Theatre, 1333 N. Milwaukee in Chicago, until February 4. Th-Sat 7:30 PM; Matinees Sun 3:00 Tickets are 15-20 and are available from New Colony Theatre. Find more information about current plays on our Current Shows page and at theatreinchicago.com.