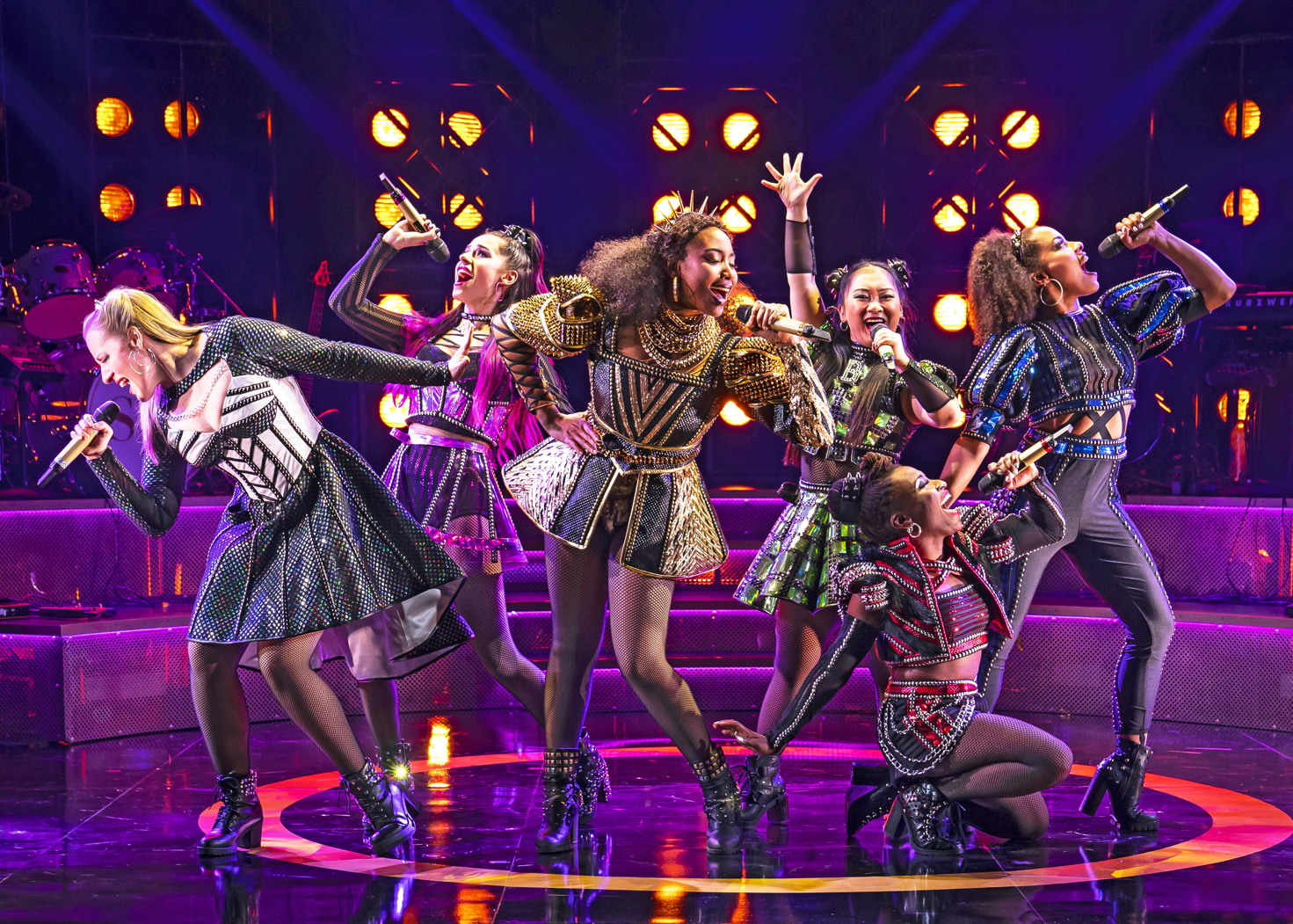 I spent four decades as an English teacher. Each year, before the Shakespeare unit, I spent a day telling the story of Henry VIII; it wasn’t directly related but it was a part of the history that made the Elizabethan Age possible, and besides: it was fun. I mean, what could be more fun than the story of a king who was so desperate to leave an heir to the throne that he contrived to marry six different women in order to do so? What more poignant than the fact that he only loved one of them, and she died in childbirth? What more ironic than the fact that this king, so obsessed with his progeny, is the only monarch in British history to have three of his children succeed him, all of whom were childless?

Great stuff, right? But the only thing missing in this story was the perspectives of the half dozen women involved: we all know their fates (divorced, beheaded, died; divorced, beheaded, survived) but what do we really know about them? It was with this thought in mind that I was looking forward to the new musical SIX, now having its American premiere at Chicago Shakespeare Theatre.

I’m happy to report that this show is an effervescent romp through the tales of these six women, a blend of showtune story-telling with the female power pop of the last two decades that may not work by itself as a history lesson (it’s much too interested in being catchy for the darker nuances of history) but certainly shows its audience a joyous good time. It also succeeds in providing at least a basic exploration of the lives of six very different and very interesting women.

The structure of the play is a kind of concert by Henry’s six queens combined with a contest to allow the audience to determine which of them he mistreated worst. Their main goal, though, is finally to divorce themselves (no pun intended) from their historical connection to the famous king (who, after all, as one of them points out, wouldn’t even be so famous if he had not married them all). There are three songs all of them sing, and then each queen gets her own number. Writers Toby Marlow and Lucy Moss modeled each queen’s song after a different 21st Century pop stylist, from Beyoncé to Adele to Britney Spears, and the result is some of the most instantly singable and memorable songs of any recent show with Broadway pretensions, which SIX most definitely has (as directors Moss and Jamie Armitage are aware). This is a show that already (with only a single West End production behind it) has amassed a faithful online fan base among young women—a large contingent of whom were present on press night—who see it as a story of empowerment that is much needed in this era when the news is full of stories about men seeking to control women.

Henry VIII, of course, was not exactly the paragon of progressive male attitudes, but this musical keeps him, as much as possible, in the background, just an unavoidable fact that joins these women. They are, they tell us, interested in making a “historemix” of the first half of the 16th Century in which their stories are the most important ones told. Proudly, they declare themselves “ex-wives” rather than wives as, individually and together, they charm us with stories (not to mention with some kicky choreography by Carrie-Anne Ingrouille).

We meet them in historical sequence. First, there is Catherine of Aragon (Adrianna Hicks), the princess who was supposed to seal a peace between Spain and England. (Ask Henry’s daughter Elizabeth I, who had to deal with the Spanish Armada, how well that went.) Hicks is wonderful as the proudful Spaniard, telling her husband that she will not accept being replaced in the Beyoncé-inspired “No Way.” She does give way, though, as her historical counterpart was forced to do, with the arrival of Anne Boleyn (Andrea Macasaet), who promised Henry she would give him the son he so craved and caused him to break off with the Pope and found the Church of England. Macasaet is a delight as she sings about how she is “Sorry, Not Sorry” for causing such trouble in a song inspired by Lily Allen and Avril Lavigne.

Anne, though, also did not have a son, and Henry—after turning England upside down in order to marry her—quickly tired of her. It was one of Anne’s Ladies-in-Waiting, Jane Seymour (Abby Mueller) who captured his fancy next. Destined to die giving him the son her wanted, Jane was the only one Henry really loved, and Mueller sings of the strength of mind her character has (even if she does not have strength of body) in the Adele-like power ballad “Heart of Stone,” which includes the simple, heartbreaking couplet, “Soon I’ll have to go; I’ll never see him grow.” Mueller, and the song, portray Seymour as someone who, had she survived, would stick with the king no matter what:

“You can build me up, you can tear me down; You can try but I’m unbreakable.”

Following Jane’s death, Henry (and the audience) is introduced to Anna of Cleves (Brittney Mack), a German princess who “didn’t look like (her) profile picture”—the painting the king had commissioned before he met her—and thus he viewed her as unsuitable. The historical Anna was only briefly married to Henry, wisely agreeing to a divorce before meeting Anne Boleyn’s fate, and Mack sings about the ramifications of that decision—a full life of comfort as “the queen of the castle” (ah, what you could get in divorce settlements back then)—in the Nicki Minaj-esque “Get Down.”

Perhaps the best song in the musical, when it comes to telling the story of a queen, is Katherine Howard’s plaintive Ariana Grande and Britney Spears-inspired “All You Wanna Do,” about her lifelong abuse by the men in her life, poignantly performed by Samantha Pauly who, by its finish, is left completely alone onstage: the story of her life. Following that, it’s up to Catherine Parr (Anna Uzele) to sum the whole thing up, as she does with Alicia Keyes-like confidence and emotion in “I Don’t Need Your Love.”

The four-piece onstage band (known as “The Ladies in Waiting”) consists of Julia Schade, Kimi Hayes, Stacy McMichael, and Sarah Allen, and they really deliver in quite a variety of styles. Moss and Armitage bring the queens upstage a lot, joining together the visible parts of the show and keeping the stage pictures alive. But it won’t take any manipulation to keep this show alive. Its earworm songs and clever, bouncy choreography create such unstoppable, vibrant energy that it practically dares you not to like it. By the time the gold foil-filled confetti cannons go off, SIX has earned them. It is easily going to be the show of the summer, but I’m sure this is a show that will be around for a long time.

SIX is now playing at the Chicago Shakespeare Theatre, Navy Pier, Chicago through June 30. Check the website for specific dates, times, and tickets. Find more information about current plays in our front page recs and attheatreinchicago.com.