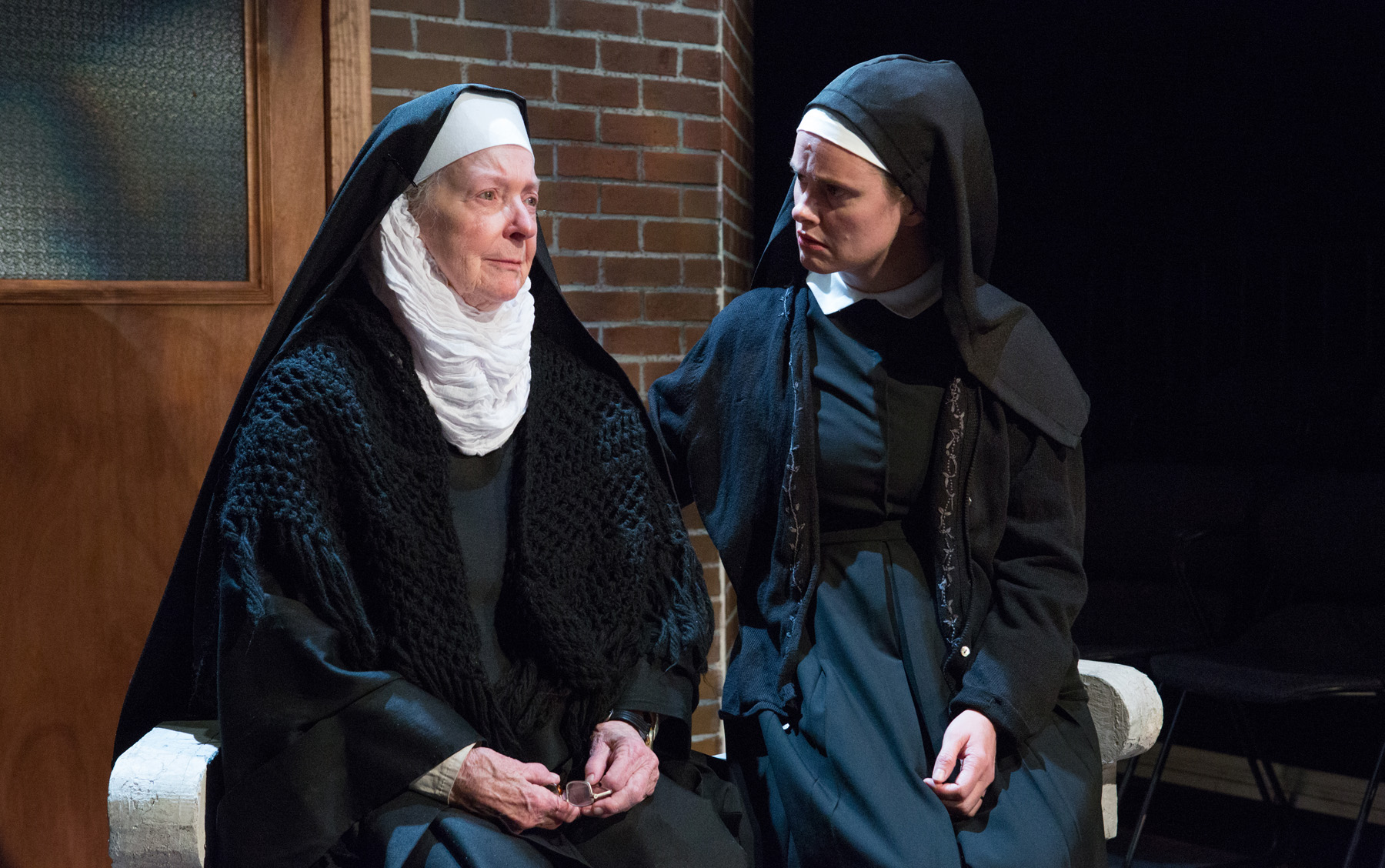 Over the weekend, a documentary opened on HBO about the pop star Michael Jackson. “Leaving Neverland” focuses on two men who claim that they were abused by the late singer as they overnighted at his famous Neverland Ranch. The immediate aftershock of this film includes a virulent social media argument about whether it is fair to make such accusations against someone who is no longer around to defend himself. Could the two men be making up their stories? Or was Jackson not the “childlike adult” he portrayed himself to be? Certainly, there were rumors during his life; he even made out of court payments to families that had accused him, allegedly in order to forego the bad publicity of a trial. The mere accusation, though, was enough. Today, when his name comes up—documentary or no—his legacy always has an asterisk.

The news has not been kind to Catholic priests in recent years either. Parish priests, bishops, even cardinals have been accused (and convicted) of child abuse for their relationships with young boys in their charge. Much like Jackson, there is no doubt in people’s minds about so-called “men of God,” with the innocent majority smeared by the unsavory realities of far too many among their number. We hardly bat an eye anymore at these accusations: they are practically expected. This, though, was certainly not the case in 1964, the setting for John Patrick Shanley’s Pulitzer Prize-winning Doubt: a Parable, directed by John Gawlik for Gift Theatre. In this play, a nun who serves as a grammar school principal grows suspicious of a young priest in her parish and his relationship with one particular boy. Doubt, once planted, is a seed that grows into something seriously unholy, and Sister Aloysius (Mary Ann Thebus) becomes convinced that her suspicion is true and is determined to run Father Flynn (Michael Patrick Thornton) out of her school, even violating the established hierarchies of the church to do so.

Thebus gives a brave performance as Sister Aloysius despite limitations resulting from side effects of medication that have made memorization difficult for her. I won’t say that her reliance on a script is not distracting—it is—but it does not diminish the strength of her performance as the nun on a holy war against a priest she sees as detrimental to the welfare of children under her charge. Due to the long, narrow stage set up at the 1700 Theatre, she is often at one end of the set while speaking to someone at the other end. You can’t see both at once anyway, so concentrating on the actor opposite her allows you to hear her, and the power of her characterization then shines through her struggles.

Sister Aloysius’ nemesis in this play, Father Flynn, is a handsome young priest whom she instinctively distrusts. And when her eighth grade teacher, Sister James (Cyd Blackwell) comes to her with an observation that seems to confirm her belief, she begins a private crusade against the priest. Thornton is excellent as the priest, a thoughtful and friendly figure who does indeed go out of his way to ingratiate himself to the students, particularly one boy, the only black boy in the school. Flynn claims that he is helping someone who otherwise might have no friends; the nuns suspects something more sinister is afoot. Blackwell, as the young teacher, is outstanding. Unsure what to believe, she is the embodiment of the title word: lacking Sister Aloysius’ conviction and Father Flynn’s certain knowledge, she vacillates between believing the priest and feeling that the boy is in trouble. And her doubt is furthered by her own knowledge that Sister Aloysius is a very old school nun who judges harshly based on little evidence. (She casts aspersions, for example, on people who use ballpoint pens, which Flynn does.)

The fourth member of this tight cast is Jennifer Glasse as the boy’s mother, called into Sister Aloysius’ office for a conversation that the old nun hopes will shed some light on the priest’s behavior. Gawlik gets a dynamic performance from Glasse in this small role. The mother has grown to see Father Flynn as a kind of savior for her son, whose father beats him and who has no other friends. To her, what his relationship to the boy might be is of less concern than the fact that he might be the only factor helping the child, who was mistreated by the students in his old school, to graduate in June. Her desperate love for her son now has to balance the suspicions the nun relates to her with what she knows about him, and it is a terrible burden. Because the audience is so close to the actors, her competing emotions are easy to see on her face.

All of the characters in this play are motivated by a desire to be there for this young boy caught in a situation he did not create, desiring only to make it through and perhaps be able to get into a better high school. The question being asked throughout is what else might motivate them. Why is Sister Aloysius so convinced of the priest’s guilt? Why does Father Flynn spend time alone with a 12-year-old boy? How much of Sister James’ reaction is her own intimidation by the head nun? What goes through the mother’s mind as she contemplates all of the possibilities for her son?

Doubt is a powerful thing. Father Flynn tells a parable to illustrate just how dangerous it is to spread rumors, how impossible it is to retrieve them once they are on the wind. And the rumors, once let fly, generate doubt. Shanley’s brilliant script is not trying to answer that doubt: to know is certainty, its very opposite. Rather, he is trying to get his audiences to reflect upon the insidious ways in which doubt seeps into our lives. In a world that sadly too often suspects priests of the very actions that Sister Aloysius accuses Father Flynn of, it is easy to see the power that doubt has in our lives. Watching Shanley’s play, we can’t help wondering about the doubts in our own minds and how they can lead us. Doubt is a sword that cuts without any effort. Think of the Michael Jackson situation: how can one know one way or the other what the truth is? And how can one respond to the King of Pop anymore without responding to the accusations? This play is a heady and impressive reminder of the decisions we all reach without absolute evidence. Gawlik and Shanley explore the influences that aspersions, especially large ones, have on our lives. In an era when we are beginning to believe accusers more readily, it’s a valuable lesson to remind ourselves of: doubt does not equal truth. But it might.
Doubt: A Parableis a Gift Theater production now playing at Steppenwolf’s 1700 Theatre, 1700 N. Halsted St , Chicago, until Mar 31. Check the website for specific dates, times, and tickets. Find more information about current plays in our front page recs and attheatreinchicago.com.