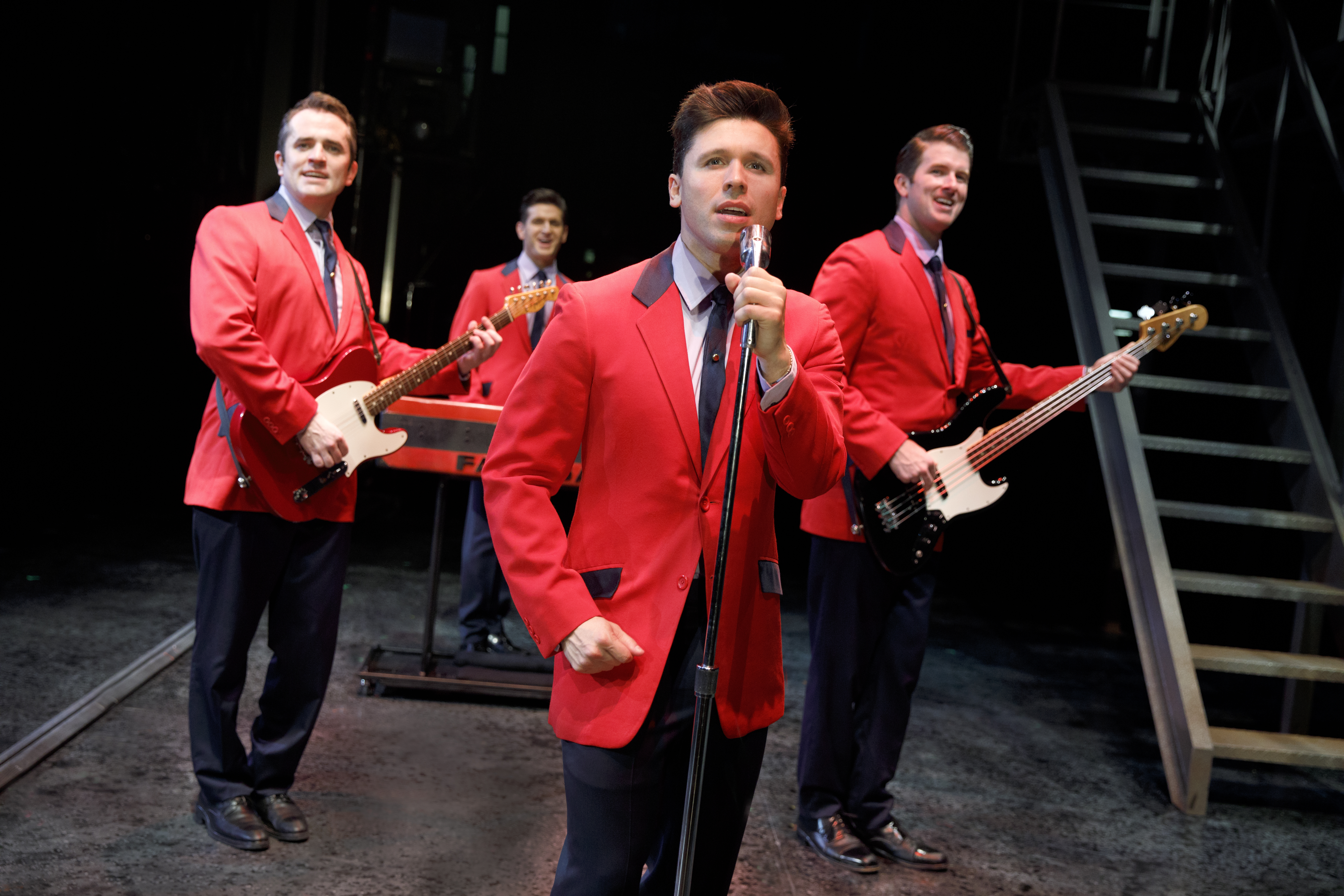 Last month, the Tony Award-winning musical Jersey Boys kicked off its 13th touring season. Next month the show stops at The Duke Energy Center for the Performing Arts as part of North Carolina Theatre’s season.

The jukebox juggernaut is the story of Franki Valli and The Four Seasons, the doo wop group best known for their 71 chart topping hits, including ‘Big Girls Don’t Cry,’ ‘Walk Like a Man,’ and ‘Can’t Take My Eyes Off of You.’

On this tour, Corey Greenan is once again donning the red blazer and playing the group’s baritone and lead guitarist Tommy DeVito. This is Greenan’s third year with the tour, his second playing DeVito, a charmer with a checkered past Greenan says DeVito was never quite able to get away from.

“Really where they came from, they could’ve ended up, like Tommy says, with a bullet in their head and in a trunk or something, you know,” Greenan says. “But he was the one that never seemed to get out of the streets.”

“With Tommy, you have this guy who can’t help but get in trouble,” says Greenan. “But he really started the thing, and I think that there is a certain charm that he has.”

And it’s that charm Greenan says that enabled DeVito to get away with so much for so long. In fact, it was DeVito’s nefarious activities, including accumulating enormous gambling and tax debts, that led to the breakup of the original four band members.

It’s the behind-the-scenes stories like that Greenan says makes performing in Jersey Boys so much fun.

“Our creative team is so dedicated to making sure that we know that we are playing real people and telling a real story, so they really give us a lot of historical background like where the guys came from and some of the ancillary stories that didn’t make the cut that are just incredible.”

Although Greenan hasn’t met DeVito, who is still alive and living in Las Vegas, he did have the opportunity to meet Bob Gaudio earlier this year in Nashville. Gaudio co-wrote some of the Four Seasons’ biggest hits like ‘Sherry’ and was instrumental in bringing Jersey Boys to Broadway.

“He’s very much still involved and it's very neat to see,” says Greenan. “To get notes from this person who has lived all of this is invaluable.”

Last year, the show traveled to 79 cities in just over 10 months. But fans kept coming back for more, which according to Greenan, was the shot in the arm he needed to get through that grueling travel schedule.

“Honestly the thing that was really getting me through was doing the show,” he says. “No matter what city we were in, the audiences were just so generous and having such a great time that it really sort of keeps you going, you know,” he says.

And this time around, the show has been streamlined to fit into smaller venues, which Greenan says makes for a more intense experience than performing in a huge arena or theater.

“The energy the audience is bringing in is unbelievable and we get to really see their reactions and participate with them during the telling of the story,” he says. “It’s really cool.”