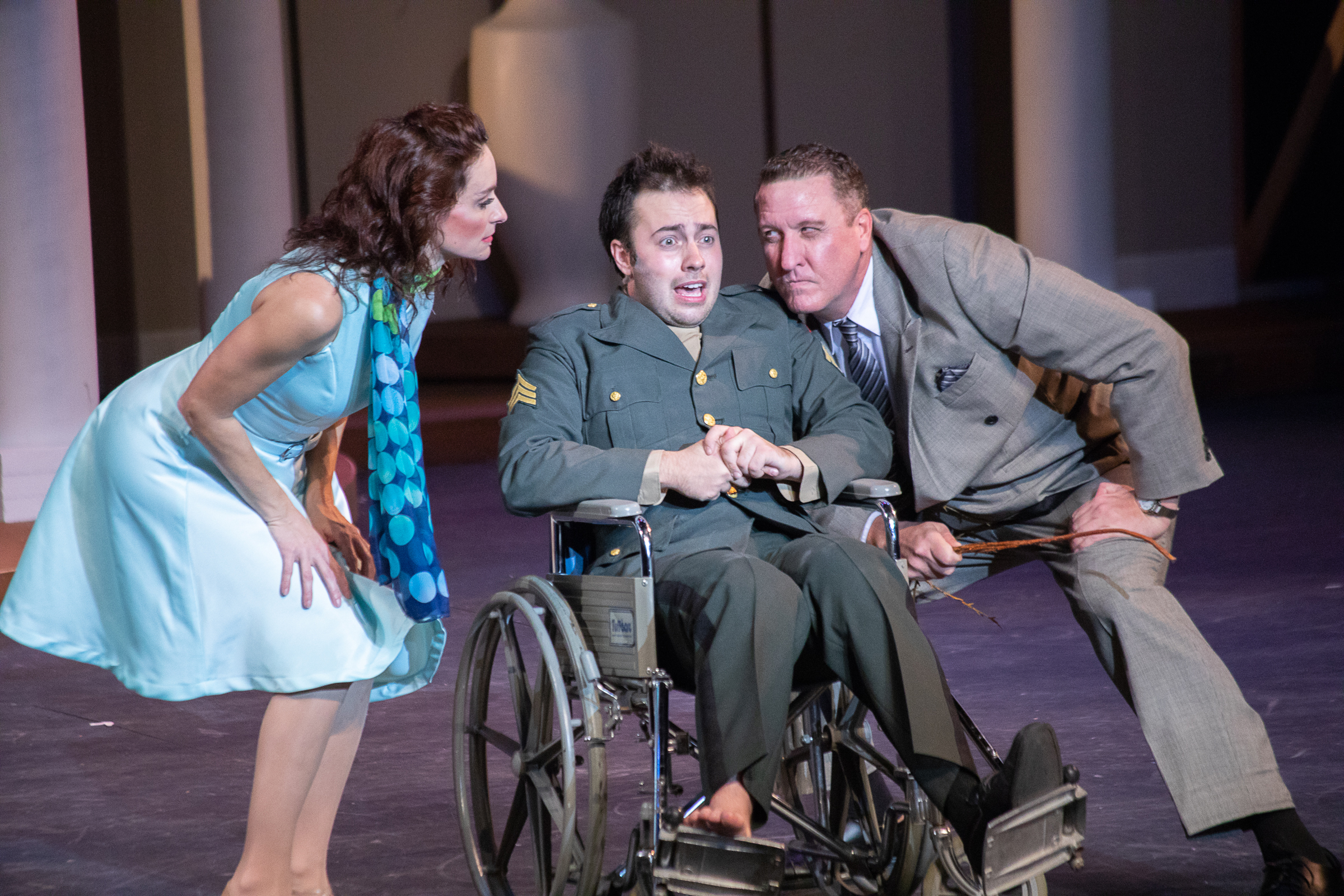 Dirty Rotten Scoundrels is closing in just two more days! I dash down to see the performance and experience a double treat --- opportunity to see a spritely musical comedy and an even greater opportunity to visit the brand new home of the Broward Stage Door Theatre.

For the past 23 years, plays had been presented in Margate in a double auditorium -- a jewel box of a building -- hidden behind a rather shabby shopping mall. If you didn't know it was there, discovery was a pleasant surprise. Both theaters were small and able to present delightful musicals -- often creating elaborate productions in the intimate space. Their work was never a disappointment. However, the space was limited with tiny dressing areas and inadequate facilitates.

Now -- everything is different. The plays of this season in their new home, find the troupe performing in a huge space -- a 1,100-seat theater. Can they fill it? They don't have to. Their goals can be achieved by cordoning off the orchestra to accommodate their usual 400 plus patrons.

This season will also be different. They formerly presented 12 shows a year in the adjacent auditoriums. Now, with only one theater, they will be limited to eight shows, each running for about four weeks. 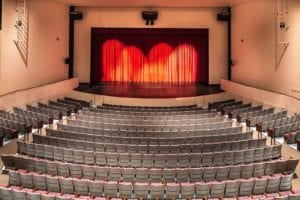 Part of the magnificent Lauderhill Performing Arts Center, located in the Central Broward Regional Park, and adjacent to the stately Central Park Library, there is ample theatre parking. Another expanded convenience is the new food concession that -- in addition to the usual popcorn and treats -- offers all beef hot dogs for the hungry.

Success is assured, judging from the enthusiasm of the audience delighted by the many plot weavings of Pygmalion-like story of mature con man Lawrence Jameson (Michael Cartwright) and Freddy Benson (Matt Kurzyniec) his eager disciple. Jameson, as a suave, charming older crook, is sharply contrasted against the crude, puerile humor of Benson. Their verbal engagements are a delight. Set against this is Christine Colgate, THE GIRL (Sabrina Lynn Gore) -- there is always a girl. A wealthy heir, she appears to be the likely victim of a swindle when the two con artists bet to see who can separate her from her money. The twists and turns of the plot captivate the audience up to and including the final revelation.

The cast is excellent, the choreography engaging, the voices sterling, and their energy is palpable. The only competition is the theater itself. At the standing ovation -- it was difficult if not impossible to separate which was getting and deserving the most attention and praise: the play or the venue.

Based on a 1988 movie, Dirty Rotten Scoundrels was nominated for 11 Emmy Awards when it opened on Broadway in 2004.

Now that they have completed the first two plays of the season -- La Cage aux Folles, and Dirty Rotten Scoundrels, you can look forward to the ambitious 2018-19 season with the following highly varied line-up, all of which fulfill their mission "to preserve classic American Musical Theater by performing timeless classics, audience favorites and rarely performed gems:"