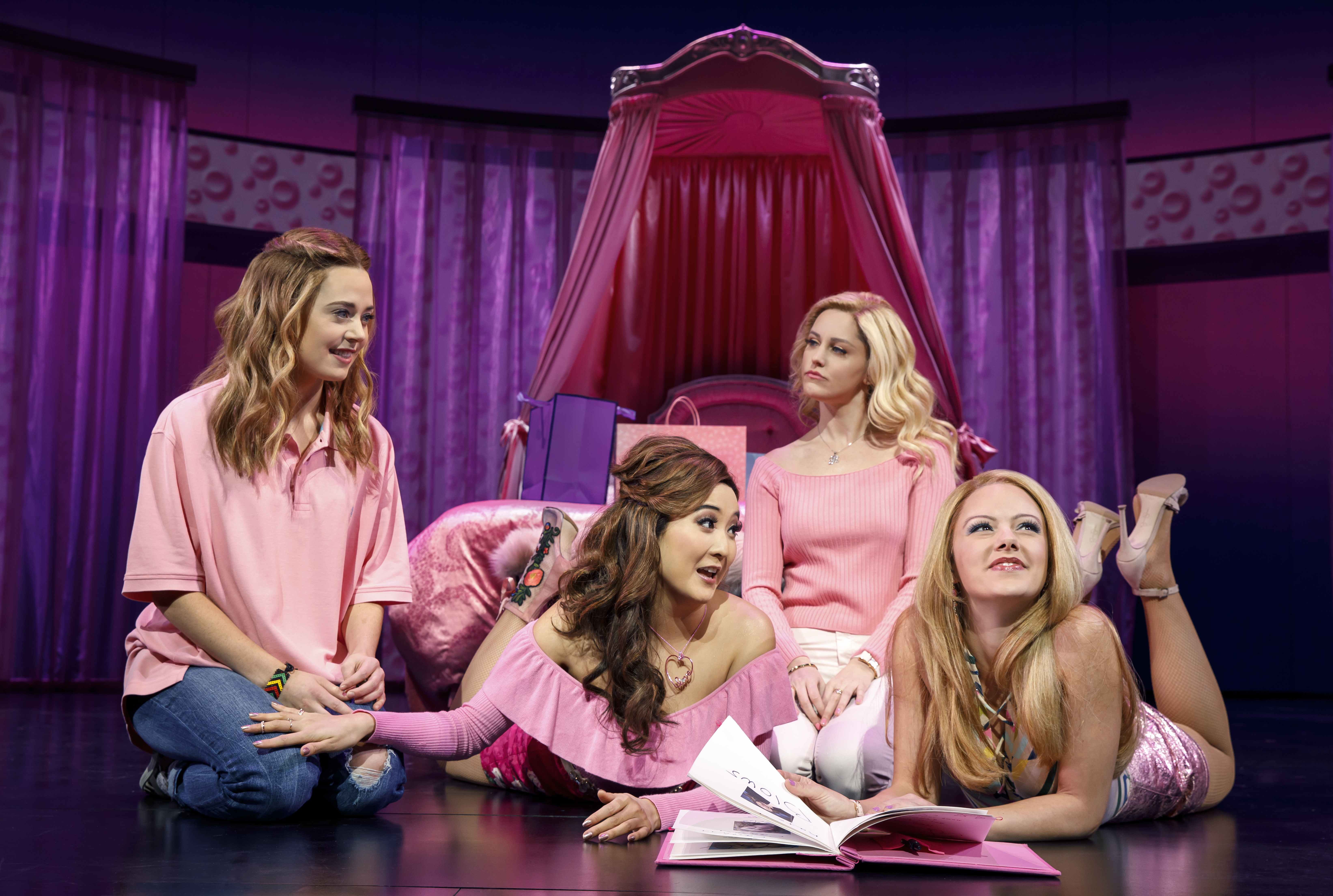 It’s hard to believe that the 2004 movie Mean Girls came before Instagram, Snapchat, and Twitter. In fact, one might argue if Regina George had access to social media, there may not have ever been an infamous Burn Book.

Still, the movie became a cult classic and is enjoying a rebirth so to speak at the August Wilson Theatre on Broadway six days a week.

Writer Tina Fey has updated her script for the stage, along with her husband, Jeff Richmond, who wrote the music for the show with lyricist Nell Benjamin.

The story is still the same. Cady Heron has moved from Nairobi to the suburbs of Illinois where she must learn to navigate the treacherous jungle of North Shore High School. She is immediately befriended by Janis Sarkisian and Damian Hubbard but wooed by the glitter and glam of Regina George and her posse of Plastics. Pulled in different directions by her so-called friends and teachers, Cady must figure out who she is and where she belongs, not just in the cafeteria, but more importantly IRL (in real life).

Louderman is brilliant as the cold and calculating queen of mean, Regina George. She slithers across the stage with an icy demeanor that could melt even the hardest of hearts. But it is supporting actress Ashley Park, who plays Regina’s sidekick Gretchen, and Grey Henson, who plays Damien, who really steal the show. Henson is a true triple threat, singing and dancing his way through the production’s show-stopping numbers ‘Where Do You Belong’ and ‘Stop.’ It’s no wonder why all three performers were nominated for Tony Awards this year.

Also notable is Barrett Wilbert Weed’s portrayal of Janis. Weed belts out the show’s anthem “I’d Rather Be Me” with a coolness and certainly deserving of its rousing applause.

The film Mean Girls was rated PG-13 for sexual references, crude humor, and underage drinking, and this production is no different, a cautionary warning for families with young children who may be easily offended.

In the end, however, the moral of this Mean Girls production is one of female solidarity and unity, a message that set against this age of women’s empowerment feels timely and relevant. And judging by the enthusiastic ovation and throngs of young women standing at the stage door, not to mention the fact that the musical will launch a national tour next year, this version of Mean Girls is bound to become a cult classic too.

One thought on “USAOnstage NYC: “Mean Girls” is more fetch than fearless”